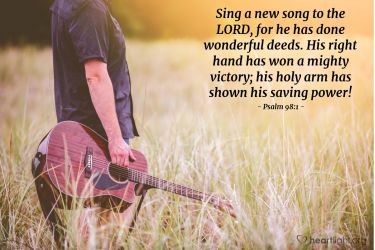 My attention while reading this morning’s news was interrupted by a subtle sound of chirping coming from a tiny bird outside the window, with its blinds still hiding the sleepiness in the household. The constant chirping became louder until its highest pitch was reached, alerting my ears at that moment. I paused reading a particular news which wasn’t always good news lately. Well, for many years, starting a few years back. I haven’t heard those chirping for a while. Quiet in cold winters, then seemed to come alive as spring season blooms to cast joy over the dead of the winters.

The loud chirping brought those familiar tunes I heard whenever I was going through a trial. Those what seemed to be monotonous sounds were actually bringing me pulsating hums of joy as if raining down from up above. They would always cheer me up as I was about to wake up or in the middle of the morning as I sipped my cup of coffee. The notes reaching my ears were no different than from what it did to my either low or battled spirit in the past. Chirp...Chirp… Chirp…

Suddenly, words formed in my deepest thoughts as if each “chirp” was being decoded at that moment…

“Sing a new song,” was the news I heard coming from a tiny creature, busy greeting the early dawn before the sun busted out of the Eastern skies and cast its warm rays and brighten up the slowly fading darkness from the long night before.

It was not just “chirping.” Those notes were a reminder to my “feeling sick for many months now.”

Life has been really tough for most of us during this pandemic. I had been sick. Not from Covid-19 but from the evilness I had seen and heard and discerned from the hidden parts. I had been sick of evil plans subtly erasing God in any event and history, and to have contorted ideas be accepted as the norm.

Day in, day out, where thousands were quick to rush to judgments, or to commit evil as if they were the good things. Even self-professed Christians became blind and deaf, fooled by the spiritual enemies’ lies that they couldn’t hear the Shepherd’s Voice anymore and His Truth.

God’s perfect reminder for me this morning, as I was still curled up in bed, weary and sick from spiritual battles around me. His reminder to let me know that despite this turmoil you and I have been in, we must not be weary worshipping and singing a new song from our hearts. As we sing Him a song, He rejuvenates our bodies, minds, souls, and hearts. He irons out confusions for they’re not from Him. He bandages the unseen wounds we carry with His love. He makes a way for those areas we think have no way out.He gives refreshments with His love and grace in battered bodies and souls as we always wear His Armor.

“Sing a new song…” A reminder for us to never give up standing for and doing what’s right in His eyes. To not go with the flow of evilness. To not read devastating and depressing news but to persist in sharing the Good News to those who come across our paths.

“Sing the Song of Refuge, our Power, and our Might!!!”