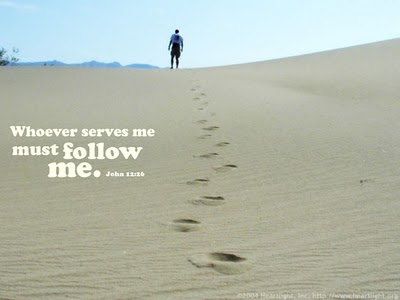 “So how do you like your new schedule now?” asked this one co-worker.
“Awesome,” I replied but at the same time with doubts brewing in my mind. This was not the first time she asked me. I was careful ever since changes were made in the night nurses’ schedule, being told that someone didn’t like the way it was before. So change was a must.
There was silence as she listened to the rest of my reply.
“I love it that I’m off now on weekends than working. I get to go with my family to our fellowship on Sundays and then, for some quality time, go out for brunch.” I continued. I wasn’t trying to brag. I intentionally gave that same reply because there were many who had asked me and it was a part of my discerning their intentions or motives.
The silence remained. I stopped talking because only then I realized that if someone had asked and became silent after hearing an honest reply, then, that person must not be truly happy for others nor truly cared for someone else.
I was happy then, working on my own in another facility for maybe almost two years. Then, some nights, I ended up working with another nurse they gossiped about that he was not a great nurse but I didn’t listen to that. We ended up getting along well, divided the work amongst ourselves. Our work completed by morning and we both grew compromising, helping each other, not complaining and doing our work cheerfully. Until….changes occurred and they wanted me back at the main prison. That was in 2003. I was hired in 2000. I went through so much pain and fear because I got so comfortable in that facility and working with that nurse the others despised. Too much grapevine just kept going on to the main facility. I wasn’t afraid of the people. I just didn’t want the atmosphere. I found my comfort the usual way. That was to seek the Lord for I knew that when change came, He would be there with me anyway. So, fear vanished and I had been working at the main prison for many years again, overcoming whatever came my way because of the strength He gave and continues to give.
That person who asked me professed that she was a Christian during those early days we met. And I remembered how many times I struggled to question God why couldn’t be everyone be just called Christians, instead of different denominations people follow?
With this battle I’m in, I’m thanking the Lord for giving me a part of His answer as I go through this battle at work. Not everyone can be called “Christians”. Only those who follow Christ’s steps are the “true Christians.” For it is easy to claim someone is a Christian, yet does not realize their motives are still selfish.
Paul asked, “You were getting along so well. Who has interfered with you to hold you back from following the truth? It certainly isn’t God, for he is the one who had called you to freedom. But it takes only one wrong person among you to infect all the others – a little yeast spreads quickly through the whole batch of dough! I am trusting the Lord to bring you back to believing as I do about these things. God will judge that person, whoever it is, who has been troubling and confusing you.” – Galatians 5:7-9 (LAB)
I am beginning to see the roots of this battle I am facing. One’s false perception became a huge desire to hurt someone’s joyful life. That someone is me. But what they don’t understand, if that person knows their true identity in Christ, even if changes come, that person’s stability comes from knowing God Who doesn’t change!
And as I recalled those pain and fear back in 2003 when I was being transferred to the main facility and with this huge battle I’m in now, I have no fear because I know how important it is to only please God not men.  Why? As a child of God and wanting to be His true follower, I know that truth that we are called to live in freedom. Not the kind that satisfies my desires but the kind of freedom where He is calling His followers to serve another in love.  I never desired to be a part of that batch of dough, infected with yeast.
"Stop putting your trust in mere humans. They are as frail as breath. How can they be of help to anyone?" (Isaiah 2:22-LAB)

They accused me. They had said lies about me. But I wouldn't face them and make them hear what they want to hear. What they would hear would hurt. Because His Word is like a double-edged sword. The sWORD that can remove that yeast infecting the dough.

"As the Scriptures say, 'He will be proved right in what he says, and he will win his case in court." - Romans 3:4 (LAB)

I yanked out one of my guitars off the wall where it was hanging. I haven’t played it in a while. Remembering all the songs He gave me, I wanted to offer it back to Him. Stretching the strings of my guitar, I patiently compared it with the guitar tuner. The tighter the strings got, the better tune. Oh, how my life right now is being stretched by His hands. I just pray that I will bring my best tune to His ears.
The Lord gave this song into my heart during that time of pain and fear in August of 2003:
Spirit of Lord
Lord, how can I go on?
How can I do Your will
Without backing down on my own?
It’s hard, oh Lord,
I cry for everyone
Who does not follow Your plans
Chorus:
Spirit of Lord, come and fill our hearts
Let Your love overflow and guide us
Spirit of Lord, come and live in us
Let Your works shine, glory is Yours always
Spirit of Lord…
Lord, sometimes I don’t understand
But I want Your will
So, give me the strength
It’s hard, oh Lord
But I want to be
A servant to Your plans
(Repeat Chorus)
Inspired: 2/27/2011 05:50:00 AM 8 comments: