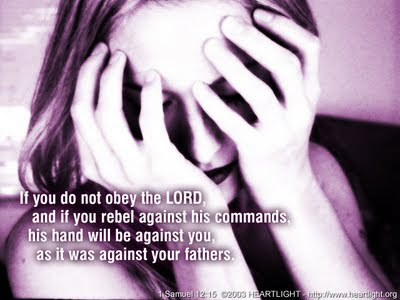 He had two bumps up on top of his head. One bigger bump started bleeding and the Intake Nurse phoned me and asked me what needed to be done as she didn’t remember that particular inmate going through her to be asked with medical questions.

“Let’s take care of the bleeding first. Then, we’ll find out if he’s already booked, we can ask the Sergeant if we can have our transportation deputy bring him to the hospital, since it looks like his cut needs suturing. For now, let’s control that bleeding,” I stated.

The man was not too drunk. His face was red and a slight alcohol smelling breath was exhaled every time. He was in a bar at the wee hours of that morning and ended up having a fight with a woman. He didn’t remember much, except that she hit his head with her high-heeled shoe that caused those two bumps and that bleeding cut in one of them. He seemed nervous, being new to the jail.

“Sir, just follow the rules here, whatever they tell you. In a few hours, just be patient and remain cooperative, and you’ll be released. When they do, our deputy will bring you to the county hospital and give you a ride. That way, the doctor in ER can suture your bleeding cut,” as I reassured him.

After the bandage was put with pressure, he was told to go back to the holding cell. Unfamiliar with the rules, he wasn’t sure what to do next.

“Cross your hands in front of you and stay on that red line!,” hollered a deputy.

He said something back to the deputy that was not clear for the Intake Nurse and I to hear. As I was making my way back to the Clinic to resume to my duty, next thing we saw, he was pushed against the wall and few deputies had pinned him down on the floor.

The Intake Nurse called me few minutes later and told me that this inmate ended up having a bump on his right eyebrow and some more blood spilled on that cold floor. He was immediately sent out to the ER since he sustained another bleeding cut from his eyebrow and somewhere inside the mouth.

When he came back from the hospital, he told the Intake Nurse that he didn’t deserve that. The Intake Nurse told him that, that was the reason why I told him in the first place, to listen and just follow the rules. When he said something to the deputy and did not obey what he was telling him, that would be taken as being disrespectful. He finally understood and started listening more. That saved him from further troubles.

What repercussions disobedience brings! Cain ended up killing his own brother. King Saul lost his kingship because he didn’t listen to what God wanted him to do. And many more stories.

God desires for us to show Him our love by being obedient to His Word.

In contrast to being disobedient, Noah’s obedience saved humanity from being destroyed. Abraham’s faith and obedience resulted to a great nation promised to him: lots of descendants. Joseph saved his family from famine, despite the abuses he had to endure from his siblings. And Jesus….obeyed what was willed for Him: to die on the cross to be the ultimate sacrifice for humanity’s sins.

Jesus said in John 14:15- “If you love me, obey my commandments.” Jesus always strived to please no one else but the Father when He was here. He remained obedient, to the point of giving his life on the cross.