Thank you For Saving Me 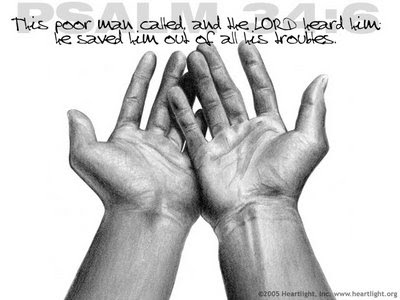 There was this particular cell right next to the Medical Clinic that housed a maximum of 20 inmates. Most of them had difficulty walking because of their history of heart problems, back problems, or perhaps, they were just being treated with dressing changes for their wounds sustained from either injuries or fights.

Being a small number, I got to really know each of them. I had noticed that "Mr. Brown" with a heart problem might be out of his medications. So, I went over and handed him a few tablets after verifying that he was truly out of those important medications. I told him that I put his chart for the doctor to review it so the doctor could reorder the expired prescriptions. A thunder-like voice thanked me, as I was looking up to see his face through those metal bars; his tall stature obviously towered my short height.

Nothing out of the ordinary that morning as I tried to pass their medications, a daily routine before they would eat their breakfasts. If someone heard me, he would yell “Meds!” to wake up the rest on medications so they could form into a line while they came to me with a cup of water and their ID’s for verification.

The bunk closer to the metal bars had a new body I didn’t recognize that morning. A young man who must have gotten hurt or sick while I was on my day off. Being close, he was the first one to hear my footsteps and even before I announced “meds!”, he yelled at the top of his young lungs, with chest lifted up like how Tarzan would roar in the jungle: “Drugs!!! The drug pusher is here!!!” as he smiled sheepishly.

He knew the block deputy was out of sight, busy monitoring the inmates who were passing the breakfast trays to other housed inmates. He knew he could get away with his arrogant behavior of being disrespectful to me and trying to be funny with the other inmates in his cell. He knew I looked like a helpless nurse, being small in stature.

I confronted him with a gentle but authoritative voice, “Sir, it’s not funny!”
“If you’re trying to be funny, I encourage you to stop now because I can let the deputy know and have you be put on discipline because you are being disrespectful to me,” I added.

Standing solo in front of me, he continued this mocking act. No one else was laughing. Until a huge shadow crept up behind him. A thunder-like voice cut in with his non-stop yakking, “Are you making fun of this nurse? I know her…You don’t... She works very hard here. Why are you calling her drug pusher when she’s just doing her job?” I saw the tall inmate’s hands curled into big fists as he took a stance to balance himself steadily, as if waiting for some punches to be thrown at him.

“What?!” the mocking inmate replied in an annoyed tone of voice as he pivoted to see who tried to interrupt his fun. His face turned white when he saw how huge and towering the other inmate was. His endless chattering stopped immediately as his jaw seemed to have dropped into the ground.

Cowering like a mouse in front of a big cat, he mumbled softly, “No. I wasn’t making fun of her.” He started taking little steps toward his bunk.

“You can’t go yet!” commanded the huge voice. “You haven’t apologized to her.”

The mocking face earlier was now replaced with a fear-stricken, pale face, “I’m sorry, nurse. I won’t do that again.”

“Thank you, Mr. Brown. Thank you for saving me…” I uttered sincerely to this man who had heart problem but without any second thought had stepped in to rescue me.

Instead of accepting my sincere gratitude, he told me he was the one who owed me one. Because he would be forever grateful that I was there monitoring his health or his medical needs.

“That’s the least I can do for you, Ma’am,” as he bowed his head as if he was in front of a person with sovereign power.

There’s Someone Who monitors my health, too. He is interested with my healing. He sees me when I fall, only to reach out to me so He can lift me up. He wipes my tears and comforts me with His loving promises and instills joy in me, despite my sorrowful times. He provides so many things with all of my needs.

He healed my broken heart and when I accepted His love, He promised me an eternal life. His love is unconditional.

He wants to do that for all of us. If you are listening to Satan’s mockery of Jesus: “DON’T!” It’s not funny. It’s not a joke that Jesus gave His own life and died on that wooden cross. It was His way of paying for all of our sins.

“Meds!!! Wake up and get your Meds!!! Go to Jesus!” Bring your cup [life] that will be filled with the Living Water. Show Him your ID and He will verify that you are His child when you go to Him. Open up your heart…Believe…Stop mocking Him…

“Lord, thank You for saving me…”