What Brings Us Home

I knew it was easy for my son to confront a friend, who he thought was sticking to him like a brother for many years. Easy because though it would hurt him, my son knew he needed to let go this time of what was once he thought was a special friendship that differed from the rest. Like the earth not receiving rain, it had been parched with the lack of actions on this friend’s end to agree with the things he said, not only  to him, but to my husband and I, of how grateful he was the way we treated him like our own family, extending that goodness to his own.

Recently, standing by the  kitchen’s island that witnessed the many food preparations out of love for many seasons every time that friend came for a visit, my son slowly disclosed his discernment that something was off from what was being done and shown to him than what his friend nicely would say loudly. He said he never said anything to us because he tried to give him many chances at the span of years, choosing to ignore whenever he would treat him like he wasn’t even there sometimes. Despite him proclaiming how my son was his best friend or like a brother. All my son wanted at that time, was to save their friendship. The other friend either had no clue my son had been feeling his heart’s intentions for a while or he didn’t care because he was busy pursuing the bigger things in his life.

During our heart-to-heart discussion, I was only concerned about my son’s well-being  if he chose to end his friendship. He clearly confirmed... Instead of feeling sad and heartbroken, he felt relieved and like “being free” to let him go. As a mother, I was relieved to hear him say that knowing that unseen wounds were the ones that could hurt the most. At the same time, I also grieved knowing how much my son truly valued his friendship with this fellow and had shown him countless times of his true, brotherly love. My son said that he noticed when this friend went away for college, that was when he started changing and became more and more distant each day. Now that he finished school and was planning to get married, he remained loud with his words of how much he treasured my son and my husband and I. My son added that he understood growing up, they would have different priorities. But he never liked the fact that his words didn’t match his actions. Just this last visit, that friend asked my son to meet up for lunch. My son eagerly finished his projects to make time. Coming back, he said he felt like he was invisible before, during, and after their lunch. He was crushed to see that the card he made on his own for his graduation with his gift that he enclosed, this friend just threw somewhere in his car as if it had no meaning. But it wasn’t the acknowledgement of the card nor the gift that broke his heart. It was the same cold treatment over and over that was slowly killing my son’s joy of seeing him. During one of our conversations, I finally told my son that I had also discerned way long ago about a lot of alarming things but I didn't tell him anything because I wanted him to see such sad actions on his own and decide how to handle such matter on his own. That my husband and I would only intervene if he asked.

When the proper time to confront him came, this friend was quick to realize and tell my son how he was sorry and he truly meant it whenever he would say that my son was the most genuine friend he had and truly like a brother to him. He sounded so sorry…Then again…Those were just words. Again.

“Mom, how long will it take for him not to change even if I give him another chance this time? But I’m tired.I just want to focus on my work for now,” my son said.

My husband and I felt so blessed of how our son faced this like a mature man as he was expected to be. We respected his decision. Unbeknownst to this friend, my son waited for his anger to die down before confronting him for many days. He knew it would hurt his friend to bring this into his attention but it was much needed in order for him to be true to themselves. His friend is apologetic and perhaps, realizing what he was about to lose…. But it was too late…

I have learned on my own journey that we all search and want bigger things for our lives in order to feel fulfilled or perhaps, to satisfy our needs. There is nothing wrong in pursuing goals but they do become a problem when we put those things first and let them have a hold on our lives. Oftentimes, we fail to see that the hidden treasures are actually found in the littlest things, already within our reach and there is no need sometimes to wander away in order to seek them. Littlest things…that are hard to see because they are unseen.

I like seeing that quote I requested for my husband to paste on the family room’s wall. It serves as a great reminder for me of the Biggest Thing we can easily miss day to day when we get distracted in hearing and seeing the “big things” in this world. But they don’t bring true satisfaction and contentment. Someday or in any given day, each of us will face our Maker, the Biggest of all things. He has shown His love for us by dying on that cross but what do we have to show in return for His love and mercy? Do we even recognize Him as our True Friend in the first place?

“But God demonstrates his own love for us in this: While we were still sinners, Christ died for us.” Rom. 5:8

“Love must be sincere. Hate what is evil; cling to what is good. Be devoted to one another in brotherly love. Honor one another above yourselves.” Rom.12:9-10

“There is no fear in love. But perfect love drives out fear, because fear has to do with punishment.  The one who fears is not made perfect in love.  We love because He first loved us.” 1 John 4:18-19 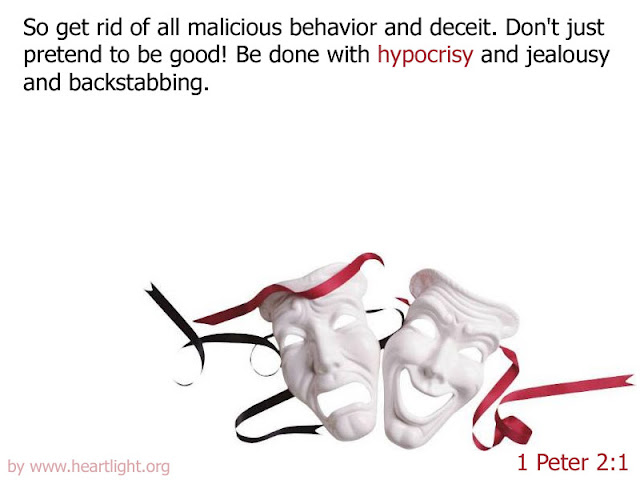 For anyone my family and I encounter:

I don't want your "Thank You." All I ever want is your enjoyment of our being together without hypocrisy. Sharing God's blessings without pretense nor envy.

I don't want your "praises". All I want is your honesty on things that you utter, whether it's good or bad but all meant for my well-being.

I don't want you "talking about God". All I want is to see you act on the Words you know.

I don't want you to say "I love you". All I want is to feel how strongly and unconditionally you  love me, whether we are going through good or bad times in this life's journey.