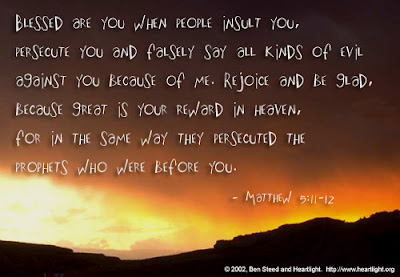 The deputy escorted one inmate to be evaluated for an injury he sustained to his left eye. He was housed with another mate who has a different race than his.

There was some contusion on that area, marked by swelling and ecchymosis and a small superficial laceration was visible on the upper lid.

“Hmmm. Were you sleeping then woke up or was dizzy?”

“If you fell flat on your face, Sir, just wondering why there was no injury to your nose which is more prominent than your eye areas? Are you sure that no one had hit you because if you let me know, I can ask for an appropriate help from the deputy.”

Despite the sign of trauma that someone had assaulted him, this inmate was scared to tell the truth. Most of the time, even after altercations, no one wants to say anything against the aggressor, for fear of more assault and a threat to their lives. They would rather stick to playing “dumb” and denials than confront that fear. They would rather take the torment inflicted on them.

After cleaning his wounds, the deputy ended up bringing him back to his cell with that particular cell mate. I prayed that there would be no further assault on him as he was returned to that confined space with the one who hit him. It was sad that maybe it was a “race issue”, that was why the “cellie” [cell mate] had socked his eye. I prayed he wouldn’t face any more torments from the other man, just because they differed with their race.

Jesus had warned His disciples, too of persecution as they lived a life following Him. [Life Application Bible, Matthew 10:16-23]. I think whatever applied to the disciples still holds true for us who choose to follow Jesus this day. When we share the Good News, not every one will welcome what we share.

Conflicts and disagreements sometimes arise between us who follow Him and those who don’t. Our faith might separate us even from friends and loved ones. Our faith will set us apart from them and others. We don’t have to neglect them or fight with them, but our commitment to the Lord is much more important. He should be our first priority. Jesus calls us to a higher mission than to find comfort in this life. Like that inmate, we may face hostility, but we must not be afraid for we have God on our side.

To follow Jesus means not being afraid when we face persecutions, to be identified with Him and to face suffering, even death for His sake.

He challenges us for a higher mission. So, what is He calling you for?

Jesus said in Matthew 10:28 –“Don’t be afraid of those who want to kill you. They can only kill your body; they cannot touch your soul. Fear only God, Who can destroy both soul and body in hell.”

Matthew 10:32 –“If anyone acknowledges Me publicly here on earth, I will openly acknowledge that person before My Father in heaven.”

Matthew 10:33 –“But if anyone denies Me here on earth, I will deny that person before My Father in heaven.”

Matthew 10:38, 39 –“If you refuse to take up your cross and follow Me, you are not worthy of being Mine. If you cling to your life, you will lose it; but if you give it up for Me, you will find it.”

Please pray for all of our brothers and sisters in Christ being persecuted!