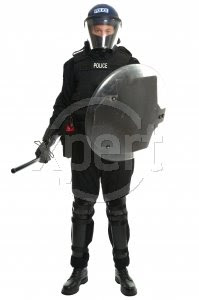 “Ouch…My left shoulder hurts, too,” complained the middle-aged male inmate. Slumped on one of the chairs, with both wrists in a handcuff, on his back, he claimed that he felt dizzy earlier in his unit.


“My rib also hurt. Aren’t you going to call the Sergeant and take pictures of my injuries or something?”, he asked.


“Sir, let me examine your injuries well and let me decide on what I can do best to help you after doing so,” I firmly stated.


“Well, they haven’t even given me my evening meds yet,” as he kept grumbling.
From the look of it, he seemed to have been gotten hurt, though minor, but his injuries seemed they would make him feel sore. There was a minor reddish streak on the area below the rib cage. It was a minor abrasion but there was no ecchymosis [bruising or discoloration]. The area was not swollen nor tender to touch. He grimaced as I touched that area and screamed “Ouch!“


My stethoscope did not pick up any abnormal lung sounds. There was no signs of difficulty breathing. His left shoulder didn’t seem out of alignment. He could move all of his fingers and there was a good capillary refill on all of his fingers. That was great! He seemed to be answering appropriately, despite the claim that he was slammed against the wall.


The deputies were lined up and with protective coverings, started marching toward a particular unit. Armed with pepper sprays and anti-riot gears, they were not visible to the inmates or particular cells they wanted to inspect. It was an unannounced “shakedown” [like raids] in that unit.


Inmates were caught in a big surprise. They were asked to turn and face the walls. One particular inmate did not want to listen and started yelling profanities, so the deputies had no choice but put his body against the wall and kept him there by one or two deputies, as the other continue their search for contrabands [illegally-smuggled goods]. They used metal detectors and hovered them over the mattresses with the aim of finding any metal objects.


In this particular inmate’s cell and mattress, a little thing was forming looking like a “shank” [a makeshift knife]. He seemed to have hoarded tons of apples, too [remember my post about pruno?]. There was also some whitish, powdery material in a small plastic.


The “shakedown” was over in short minutes. The deputies were precise in targeting what they were looking for. The inmates were placed back in their particular cells. Whoever was caught hiding illegal things would have some charges added to their sentence for sure.


This man never stopped complaining after the “shakedown”. He started complaining of feeling dizziness and started blaming the deputies that he got slammed against the wall. That he needed to be treated for his injuries and he wanted a Sergeant to listen to his details in what harm the deputies had done to him. Yet, he never mentioned the illegal substances found in his cell.


He was that man I was seeing as I just started my shift and the whole time, he had thousands of words against one or two statements of mine. But I must not be involved. I told him I could only treat him with medical problems and the issues with the deputies, it was for custody staff to hear.


His argument would not win anything as his injuries resulted from him not listening to authorities. He was in a bigger mess because it was in his cell and in his mattress when the deputies obtained all of those illegal things he was hiding.


“I’ll have the doctor examined you further in the morning. I don’t see any obvious trauma except for one minor abrasion below your rib cage. If you’ll have increasing problems later, you can also put a sick call, “ I calmly instructed him.


He didn’t say a word when he got up. He didn’t know that I was aware of how he sustained those injuries he was claiming. He was focused on pursuing that if there was a possibility of the deputies being in trouble, he would.

How many of us are hiding things in our lives? And when the Deputy comes and does a shakedown in our hearts, we often become argumentative or we have too many excuses instead of accepting our own responsibilities.


We all need to bow down and confess our sins to God. He does an unannounced “shakedowns” in our hearts but that’s for our benefit. He wants us to rely on Him for apart from Him, we can’t do anything. Yes, we are injured... And only God can heal…


Despite being saved, I still need to welcome His shakedowns in my heart and I hope you do, too.