“I like your style,” stated a deputy to the Charge Nurse. He was briefly covering the Infirmary while the one assigned went for his break. 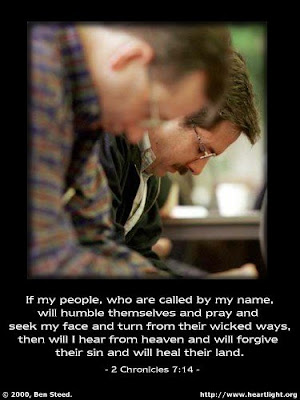 “You don’t let them get away with it,” he added.
He was talking about a bruised and beaten up inmate who just returned from the hospital. His injuries were a result of him resisting arrest from the arresting officers and he tried to fight them off.
“I need a wheelchair!” he demanded while sitting on the chair in the hallway as he awaited for me to see him.
“You don’t need it!” yelled the Charge Nurse back. “You know you can walk!”
The deputy went out to the inmate and started talking with him.
“Shut up! (profanity)…”
“But my back is broken! The doctor told me! It hurts! I can’t walk!” he yelled back with breaths of pain being let out of his mouth.
“Shut up! Your back is not broken! If you didn’t fight with the cops, you would not be here in the first place!”
Instead of sealing his mouth, words continued to flow in aggression from the inmate.
“And if they didn’t outnumber me, I would have been here for murder!” he proudly replied. (He meant that he intentionally wanted to fight and even to the point of claiming the cop’s life).
The deputy was not happy with his reply. He needed to tell someone about it. He needed to tell the deputies working in Classification about this inmate’s attitude and statement, because he was a potential danger, not only to officers but to all the staff. The red flag just went up on this man.
“(More profanities…)This is what’s going to happen with you every time. You can walk. You don’t need a wheelchair ‘coz your back is not broken!”
I summoned the deputy to come inside the Clinic, away from the inmate so he wouldn’t hear me.
He gave me a look, wondering why I interrupted him when he wasn’t done dealing with the inmate’s lack of respect and unstable behavior.
“Deputy, I just want to let you know…He does have a broken back!”
He turned red and in a very soft voice uttered, “I’m sorry, Ma’am…I just went by what the Charge Nurse told me.”
“You don’t need to apologize. I’m just reminding you that not everything that you hear is true.”
Off the inmate went to the prison’s Intake to be housed, pushed by that same deputy as he sat on the wheelchair I provided for a limited amount of time.
I saw my own reflection as I watched that interaction between the inmate and that deputy. We all had the same similar attitudes. We all had the same behavior.

"You adulterers! Don’t you realize that friendship with the world makes you an enemy of God? I say it again: If you want to be a friend of the world, you make yourself an enemy of God." - James 4:4 (NLT)
Sinful behaviors are man’s nature. And how we demand for God to give us the things we need, the plans that we want, the roads that we think are safe to travel on or the blessings that we deserve. The truth is we don’t deserve anything! But...
“God showed how much he loved us by sending his one and only Son into the world so that we might have eternal life through him.” – 1 John 4:9 (NLT)
“So work with fear and trembling to discover what it really means to be saved.” – Philippians 2:12 (CEV)
Inspired: 4/07/2011 07:44:00 AM 3 comments: