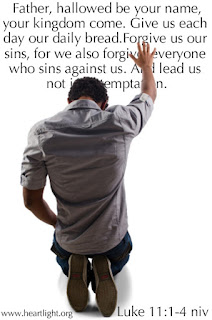 “His left side of his face is drooping!” exclaimed one nurse last night as she saw the young, male inmate who requested to be seen by the staff for his complaint of possible drug allergy.

The other male nurse, who initially accepted the phone call from the unit was still looking at his status in the glowing computer monitor and as he clicked on his booking photo, he yelled, “Oh! Don’t be alarmed guys! His face was like that already!”

I stole a glance from where this nurse was and with the enlarged photo, I saw there was no difference to the soggy cheek on the left side of his face.

As I tried to get the medical chart, the other two nurses were already surrounding him, asking him a lot of questions. He seemed shy. Clear, dark skin despite the droopiness. His words were limited as his eyes tried to maintain contact back and forth, aside from the two nurses, then, with the prying eyes of the Infirmary Deputy. He must have felt embarrassment. From all of those curious eyes. From those curious ears.

“I got it, you guys!” I volunteered to the other two nurses as I went to work for 4 hours just to help out the night crew, knowing how short they were. They had been asking me to come in whatever shifts I wanted.

“Are you sure?” asked the male nurse.

The whole time, the male inmate sat quietly. Without any movement. His ears widely open. But his mouth was shut tight.

As my co-workers went back inside the Clinic, he noticed…It was down to just him and I. He took a deep breath. I started asking him probing questions about his symptoms. He said it was his first time to take those pills for his Seizure. He felt itching on his left foot. Then, some burning all over. I didn’t see any rash. He was not having trouble breathing.

“I didn’t want to bother anyone,” he calmly added as he bowed his head and looked down on the floor.

“Don’t apologize…You’re not bothering us. That’s why we’re here 24 hours because anything can happen anytime. There is no silly symptom. I might not see a rash now but if anything worse occurs later, you’re welcome to complain and come back,” I reassured.

His face became more uneven as he tried to give me a smile. He started talking about his droopiness on his cheek. He was shot when he was 9 years old that hit that nerve and paralyzed that side of his face. He said he was lucky. That he was still able to see, eat, and talk. He appeared more comfortable as I watched the calm rise and fall of his breathing. The redness on his face went away. I knew…It was not the allergy. It was him being shy and being intimidated by so many staff when he first walked in.

I told him that I still would put him to see the doctor in the morning to make sure the new medications were not causing any problem. Or if the order needed to be changed. He thanked me as he got up and slowly went back to the long hallway that led to his unit.

How it related to one’s journey…Any weaknesses should never stop one from complaining or by praying. There is no circumstance that should prevent one from praying as a follower of Christ. If there are any distractions, may one learn to ask by faith for His grace to drive those cares away.  Not only difficult circumstances, but also prayers drive away the spiritual enemies. If one doesn’t know what and how to pray, that can also be brought to God:

Once Jesus was in a certain place praying. As he finished, one of his disciples came to him and said, "Lord, teach us to pray, just as John taught his disciples." – Luke 11:1 (NLT)