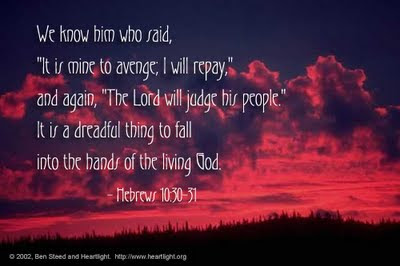 “How long, O Lord, must I call for help? But you do not listen! “Violence!” I cry, but you do not come to save me. Must I forever see this sin and misery all around me? Wherever I look, I see destruction and violence.” – Habakkuk 1:2-3 (NLT)
I knew I wasn’t alone watching a very-well but very surreal choreographed dance. I was clapping in my mind with every attempted move, but even to think that was not permitted by my spirit. I saw more twists done. Of lies… A spectacle done from the past before those eyes who had seen them all and who didn’t desire to do a counter move of stepping forward. Sadly, most of them fell until they desired not to get up and wanted a quick exit.
I wondered how many wrong steps the Spectator must see as my own limited vision saw so many. I knew He wasn’t happy. He was known to forbid them all.
“You must never twist justice or show partiality. Never accept a bribe, for bribes blind the eyes of the wise and corrupt the decisions of the godly. Let true justice prevail, so you may live and occupy the land that the Lord your God is giving you.” – Deuteronomy 16:19 (NLT)
Except many continue to risk taking those wrong moves with the confidence that no one would notice. Just like yesterday’s dance.
Though I didn’t enjoy it, my spirit was calm. I was never angry. And I was glad I fed my appetite to the full prior to the performance! Two of my co-workers in higher positions sought to see any fearful reactions from me, until a perplexed look was painted on their faces. I was dancing with them, except I perfected my moves ahead of this dance. I must! Knowing how much the Spectator hoped for that and He was the only One I wanted to please, out of all this choreography that tried to smolder the true moves that should have been shown and done. One…Two…Three…I lost my count of those hidden moves with ulterior motives…I sighed…with unbelief yet I knew it was about to happen even before opening that door and taking my seat. They tried many times to speak of words they thought was wise. I didn’t say many. I didn’t utter in long sentences. But when I did, they couldn’t answer. They avoided my straight stares. They wondered what step I would take. They didn’t have a clue. I was groomed with perseverance knowing that the Spectator hoped for that from every dancer who wanted to be in His team. They expected to see some of my moves. I didn’t give any satisfaction. It was not the right time. Only the Spectator knew. But He was the One Who gave me many hints to avoid pitfalls. And He was very clear that there would be many spins, dips and turns to be done in this dance of life.
And what would make it elegant and perfect was to do the moves right!
“Don’t let evil get the best of you, but conquer evil by doing good.” – Romans 12:21 (NLT)
I smiled at their performance. I thanked every one of them. They were not smiling, still bewildered with my joyful actions despite the wrongful steps they planned. I closed the door leaving all of them behind. But I knew, I would return and perform my own dance moves, perfected with His grace, corrected by His rebuke alone, strengthened by His power and might.  Not in my time. Not in their time. Only in His perfect time! What a dance it would be!
“Dear friends, do not be surprised at the fiery ordeal that has come on you to test you, as though something strange were happening to you. 13 But rejoice in as much as you participate in the sufferings of Christ, so that you may be overjoyed when his glory is revealed. 14 If you are insulted because of the name of Christ, you are blessed, for the Spirit of glory and of God rests on you. 15 If you suffer, it should not be as a murderer or thief or any other kind of criminal, or even as a meddler. 16 However, if you suffer as a Christian, do not be ashamed, but praise God that you bear that name. 17 For it is time for judgment to begin with God’s household; and if it begins with us, what will the outcome be for those who do not obey the gospel of God? 18 And,
“If it is hard for the righteous to be saved,
what will become of the ungodly and the sinner?”
19 So then, those who suffer according to God’s will should commit themselves to their faithful Creator and continue to do good.” – 1 Peter 4:12-19 (NIV)