Along With Pride, Destruction! 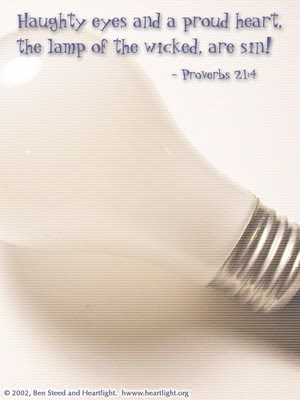 One unit deputy called me and asked for a nurse to evaluate 2 inmates who just had a fight. I didn’t go into details why these 2 cellies [cell mates] fought. As I waited in a small clinic inside that unit, the man approached me, escorted by the deputy. His blood was dripping like a faucet. I found a laceration from his mid-forehead. I controlled his bleeding before I noticed the other injuries. He had scattered scratches on his torso. His left eye, circled with a dark halo. He sat quietly in front of me, the whole time. He was in a somber mood. I planned to send him to the hospital for further evaluation and treatment.

As the deputy kept him in a holding cell, he brought out the other inmate involved. Smiling sheepishly, I could feel his arrogance as he sat in front of me.

“Nope! I think I only had these fingers broken. That’s about it,” he answered, still smiling wide and holding his head high. [He stated that to make us know that he felt good that he hit the other guy bad!].

“No, they’re not broken!” I answered. [There were only mild swelling, as a result of him, hitting the other inmates, perhaps non-stop and hard]. He only had 1 minor scratch on his back but he didn’t have any other injuries. Not like the battered man.

“You can take him now, deputy,” I uttered. “Just put a sick call request if anything comes up,” I told that inmate.

“I’m fine,” he answered with his head so high as he turned it briefly toward the other man being kept in a nearby holding cell.

What did that inmate's pride gain for himself? He would definitely get more days or even months added to his sentence. He might gain power when this news about this fight would reach by hearsay to other inmates. But would everyone be scared of him just because he was unscathed? He would be inviting other inmates, hungry for power, to strike him in the end.

Having arrogance in our hearts can be deceiving. He thinks that he is indestructible. The truth is we are all mortals. We all get hurt. Our strength diminishes. Power does not offer the best security.

Like when we defy God’s commandments. We are being proud. That will bring us nowhere. We may feel good about doing whatever we want to do. But take heed of deceiving ourselves as to our souls! Don’t be fools who grants favor to an earthly prince. While you throw yourself out of God’s favor.

Proverbs 16:18 - “Pride goes before destruction, a haughty spirit before a fall.”