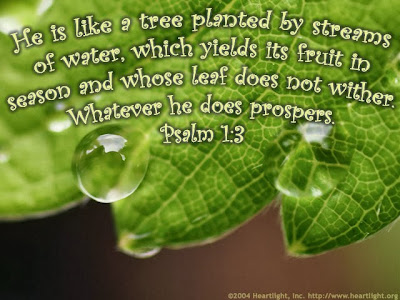 I slowly stretched my aching back as I swept more dried fig leaves I patiently detached, one by one, from the thin and bigger branches of the fig tree. Careful that my footing would be secure on our slope yesterday. Daily, I had been sweeping a few here and there. So, I thought of making my task easier by removing the other dry leaves that had not been blown off by the wind yet nor just broke off on its own. I nearly filled the bin meant to contain branches or yard clippings.

The fig tree looked a lot better as greener, remaining leaves remained. The yellow, decayed leaves gone from its still healthy tree. Battered by the chillier winter winds and sometimes, a hotter sun, those leaves withered away from the extreme, constantly changing weather. My husband and I enjoyed a few of its fruits this past summer. A lot lesser than what it previously produced. Still…The fruits were sweet.

My attention was interrupted with an in-coming text from a dear friend. She injured her foot and for four months had to be away from work. Except…that text came from the hospital where she worked. She was placed back to try and see how she would do as she still continued to recover from her injury. She had gone through so many trials. As a witness, I was grateful that God had given me the means to be able to help her in any way I could. I knew she wanted to give up many times. What words could one give if the burden was not on one’s own shoulders?

“Why does one thing after another keeps happening? I don’t understand, Rcubes,” she lamented one time as she laid on the hospital bed awaiting surgery and as I sat by the bedside.

I knew her heart. She had a good heart. Full of kindness and love to those around her. But it seemed like waves of unexpected trial kept hitting her and kept coming. Threatening the sands of her faith in God to be washed away as those forceful waves came.

I couldn’t answer her. I just told her what Jesus said. That we would face many trials and would have sorrows in this place or world. But at the same time, He wanted us to pay attention to the peace He could give. That could guard our hearts and minds. Because He had overcome the world. He didn’t want us to worry. For worrying would not add another day into our lives.

I knew I had to remove those dry, some rotting leaves from the fig tree before the wind knocked each off from its fragile branches, already battling the cold November winds.  I knew my friend felt like that dry leaf that had fallen to ground and still was being crushed by the forceful winds of trials. But God also taught me through His Word to be careful not to judge someone.

Because someone who is going through tough times doesn’t mean that he or she is a bad person.

Nor a prosperous person is someone who has a good heart and knows God.

However, a sinner is like that dry leaf, being chased by the wind. Its forceful blow bringing to mind its own fragile state. God does the same… Sometimes, He makes us remember our past sins not to hurt us but most of all, to bring us to repentance. Because to know Jesus is to find peace among life’s turmoil. To discover and have life and revival of its dead condition.

My heart understood hers as I also had a history of neck injury from the past. But joy flooded my heart as I pondered:

Belief and faith in Jesus will make one overcome any trials...I knew I felt a smile appeared on my face as I stared at the greener fig tree and as I realized....