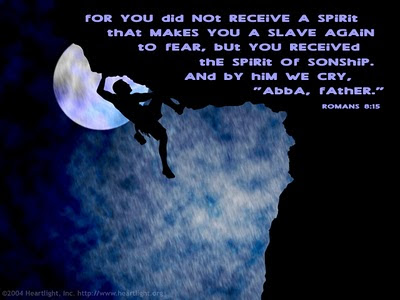 “You had great shots. Just relax,” I told my son as he came out from one of the courts where they went against another school yesterday.

“It’s okay to be nervous. But being afraid is not. You are doing well but because of that feeling, it’s making you lose points. I know you’re always trying your best. That’s what matters,” I reassured him.

He was trying to avoid the previous wrong moves he did from the last game. Trying to place the ball on the other side where the opponent would have a hard time hitting it back. He succeeded with some, others, he failed. Rushing at times, the ball would hit the net.

The coach stood next to me and whispered, “I don’t know what it is with him. When he’s playing, it’s like he gets nervous or something. But during training and drills, he does so well.”

“Good job!” I told him, as he opened the gate of the court where he played. He managed to smile at me despite just losing some valuable points. He went to the coach and I saw him had a good talk with my son. A few taps on his shoulder and my son came back to me.

“Well, coach told me that he still would want me to play in the coming match on Thursday,” he said.

“Good. Because he sees that potential in you Kristian. Just relax. It’s okay whether you win or lose,” I added.

“Thanks, mom. I love you,” he whispered.

Are the balls hitting right in front of you? And you can’t seem to manage to hit the balls back and make a score? Are you nervous or are you afraid? Being nervous is okay. But the force that comes with it differs. Either it drives you to do your best and hit those winning moves. Or it paralyzes you with fear that you’re too afraid to move, too afraid to make mistakes.

Paul reminded Timothy that we have a spiritual enemy that does not want us to use our spiritual gifts for God. And he will try his best to stop you from using those gifts to use for His Kingdom. Satan doesn’t want us talking about Jesus. He doesn’t want us serving Jesus by telling others about Him. But do not be afraid! Fear is a spirit but you certainly can overcome it!

It’s knowing God that will empower us. Proverbs 11:9 says, “Through knowledge the righteous will be delivered.” The more we receive God’s love, the lesser the hold of spirit of fear will have on us. “Perfect love casts out fear.” - 1John 4:18

I learn a lot watching my son’s tennis games. Knowing how every game is the same as the life I play. I know the trials pressure that comes. I know the team's God's expectations. I always remind my son. That in tennis, he will surely fare better if he focuses on having fun and improving his game, not on focusing to win. Winning is only a part of improving. But in the matches played in tennis and life, it is about staying happy even on losing those matches that matters. Knowing that we played well against a better opponent than winning a match in which we played poorly. It is learning how to be patient in every game. Freedom from fear comes from having faith. Because you can't have fear and faith at the same time.

In the matches of life, we must not live in fear but be conscious instead that God is within us, around us and over us. We need to remember that God Who is in us is greater than the spiritual enemy. And if God has already overcome the world, having Him in us, then, we surely are victorious because of Him. So, don’t bow down to fear. Live in victory!