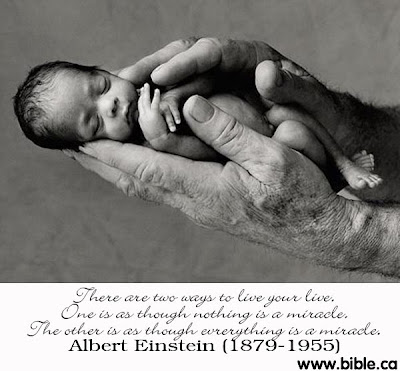 “The product, abortion, is skillfully marketed and sold to the woman at the crisis time in her life. She buys the product, finds it defective and wants to return it for a full refund. But, it’s too late.” ~ Carol Everett

I faced many of them during unexpected sick calls. Some getting incarcerated for the first time after being caught with drug use. So nervous and not knowing what would happen, they would complain of severe abdominal pain. Thinking that it would be an excuse to release them from the prison. They don’t know. They are just sent out to county’s ER to be evaluated and treated. Then, they are just returned to the prison when the treatment is done. Even if medical staff knows some of them are faking it, there is no other choice but to send them out to ER. For there is a growing “life” inside their womb. Despite the drug use.

“I am going to have an abortion,” confidently stated one to me, long time ago, during a sick call at the middle of the night.

“I respect your decision, Ma’am…And if you don’t mind me asking you, have you evaluated all of your options before doing so?” I queried. Trying not to be judgmental nor get into her privacy.

“I don’t want this baby!” she uttered.

[“Why did you get pregnant in the first place?” was the question screaming at the back of my mind that remained there….Just in the back of my mind...There are many contraceptives available out there...She was into drug addiction. And she denied being raped. That it was a mutual thing between her and the baby's father.]

Life of a Correctional Nurse is tough. Because you have to respect decisions that may be against what you believe in. Knowing that those people who are for abortions are here today, and were born! They were given a chance to be born! But not these unborn, premature babies: “precious beings”.

And I’m talking about those pregnant women who have the capacity to carry their baby into full term and who willingly knew that they would have a chance to get pregnant as they made love with the men they were with. Yet they are the same ones who decided that abortion was the only way they can get rid of this burden. Often times, they think of abortion as a quick solution to their unwanted pregnancies.

My heart breaks every time I hear a female prisoner stating their willingness to commit abortion. I often wonder if they are in the best mental capacity to make that decision. Because some of them are uncertain of what the future holds for their babies, being trapped in the cycle of drug use, of prostitution, of alcohol use and lack of family’s help or financial difficulties. I am not mad at them. I feel sorry for them because they are living broken lives that need the restoration that only comes from the Lord.

“You made all the delicate, inner parts of my body and knit me together in my mother's womb.” Psalm 139:13

"My son, fear the LORD and the king, and do not join with those who do otherwise, for disaster from them will rise suddenly, and who knows the ruin that will come from them both?" -(Proverbs 24:21-22 ESV)

"Behold, children are a heritage from the LORD, the fruit of the womb a reward. Like arrows in the hand of a warrior are the children of one’s youth. Blessed is the man who fills his quiver with them! He shall not be put to shame when he speaks with his enemies in the gate." -(Psalms 127:3-5 ESV)