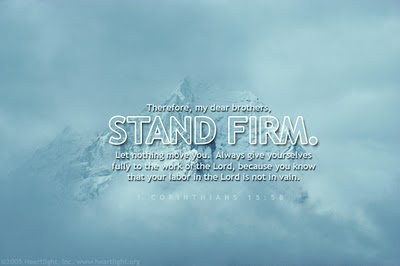 “I’m going home on the 28th,” whispered the diabetic inmate who had been incarcerated for a long time. She has type 1 diabetes, meaning she used insulin to control her blood sugar. Despite the numerous accuchecks or checking her blood sugar level with a needle and giving insulin shots, she still wasn’t comfortable giving her own insulin shots to herself.

“Take care of yourself, especially your diabetes,” I replied. “Because you only have one life so don’t take it for granted.”

As I was talking with her, there was another female diabetic who came earlier prior to her. Not related to her diabetes, I kept her in the Clinic and scheduled for the jail doctor to be seen that morning. I noticed some weakness with the way she was walking when she came in. So I decided to have the jail doctor to evaluate her further.

“Excuse me…Can you give me my shot?” asked this female inmate awaiting her anticipated freedom to the other sick inmate.

“Oh, no!” I exclaimed. “Don’t do that! I don’t want her getting poked with the needle that is not hers! Just try it! If you’re going home, you might as well keep practicing now so you can get used to it,” I added.

“Well, can she just help me out, even for once now?” she asked with a little bit of annoyance in her voice.

“No!” I firmly answered.

She wasn’t happy yet had no choice but to comply. It took her a long time to uncap the needle and slowly pushed the insulin under her skin on one of her arms. She gave the needle back to me when she got finished.

“See? You did great!” I hollered to reassure her. She didn’t say anything but just returned my compliment with a smile. She took her pass and went out the metal door to go back to her unit.

Witnessing is a matter of life and death. We witness in different ways. Through compassion or kindness. Sometimes, we might use tougher words when we are snatching them away from going to a fiery destination. We are to hate sins but we must witness with love to those who are still lost.

When finding a common ground, we must be careful not to fall into compromises. Our footings must be secure and safe. We must influence them for Christ instead of us, being influenced to sin. “Let your ‘yes’ be ‘yes’ and your ‘no’ be ‘no’”…[Matthew 5:37]

“20Dear friends, keep building on the foundation of your most holy faith, as the Holy Spirit helps you to pray. 21And keep in step with God's love, as you wait for our Lord Jesus Christ to show how kind he is by giving you eternal life. 22Be helpful to all who may have doubts. 23Rescue any who need to be saved, as you would rescue someone from a fire. Then with fear in your own hearts, have mercy on everyone who needs it. But hate even the clothes of those who have been made dirty by their filthy deeds.” ~ Jude 1:20-23 [CEV]
Inspired: 1/18/2010 04:54:00 AM 27 comments: