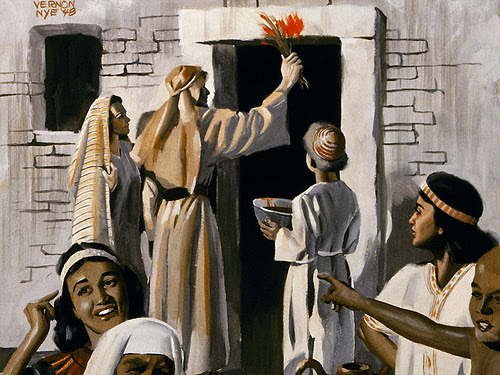 Photo Credit
Despite the busyness last Friday night at Intake, I would always try to make time to check the mentally ill inmate locked up in safety cell 1. His cell was visible from the nurse’s door. Only a few steps away. Prior to starting my shift, I saw his naked body lying on the cold floor. I heard he had been there for 2 weeks. The psych doctor hasn’t moved him back into the unit that housed the mentally ill patients. He kept banging his head the other day until he sustained a gash on his forehead. He sustained a big wound also on his left, upper arm. Because of his potential severe threat to his own safety, he became a regular resident of that cold cell.

My neck was getting tired at around 5 o’clock in the morning. I got up and decided to check again on Mr. V. I was barely nearing his cell, when I saw blood being smeared with his index finger from the top of the small glass window, going downward. The only window we used to check up on him.

“Deputy!” I yelled, as I saw the Intake deputies busy processing the arrestees, getting their booking photos and fingerprints.

“Please come and I need to see Mr. V. now. He just smeared some blood on his window.”

One deputy quickly came and turned up the light inside the cell brighter.

I wanted to make sure that he was not actively bleeding anywhere. I looked at his old gash on his forehead. It was intact. I couldn’t find any other visible wounds.

“Raise your left arm higher!” I commanded. To which he followed. The wound was more red. And appeared slightly raw. From visible marks of picking and scratching with his nails. But it was not actively bleeding. He managed to pick on it one time and get enough blood to smear his cell’s window.

I tried to communicate that it was not a good thing for him to do. If he wanted to get out of that cell. I wasn’t sure how much of my words would penetrate his understanding. But somehow he did. He remained quiet and didn’t do this behavior again.

I noticed how the deputies were not interested anymore and not even concerned when I called to their attention. I think they had grown tired because he had been doing this behavior for a while. Not that they didn’t care. But being the busiest night that day, they were non-stop processing the many bodies that were brought in from the streets.

His smearing of the blood might not be noticed anymore. But the smearing of blood thousands of years ago was significant back in Moses’ time. In preparation for the Israelites’ exit from Egypt, God brought down plagues on the Egyptians, the 10th plague being the killing of every firstborn males of the Egyptians. But the Hebrews were instructed to mark their doorposts with the blood of a spring lamb. Upon seeing this, the Spirit of the Lord passed over these homes, sparing the lives of the firstborns of the Israelites, His people. It was known as “Passover” in Jewish holidays.

It is the story of redemption. That’s how God chose to buy us back or save us from our sins. He offered His only Son in exchange for us. The life of a young lamb was sacrificed to save the sinner’s life. When Jesus came, he substituted his perfect life for our sinful ways! He is our Redeemer! He is The Lamb!

Jesus blood was smeared on the cross. And if you recognize the deadly consequences of sins and want to be saved from them, all you need to do is trust and accept Jesus’ gift of eternal life. He already paid for our sins. Even if you are busy with the mundane things of life, you have to make time and take notice. Jesus’ sacrifice made animal sacrifice no longer necessary… He redeemed us all by His death on the cross!!! Glory be to God!

“Remove this wicked person from among you so that you can stay pure. Christ, our Passover Lamb, has been sacrificed for us. So let us celebrate the festival, not by eating the old bread of wickedness and evil, but by eating the new bread of purity and truth.” ~ 1 Corinthians 5:7-8
Inspired: 7/12/2010 06:53:00 AM 12 comments: