Trusting In The Lord 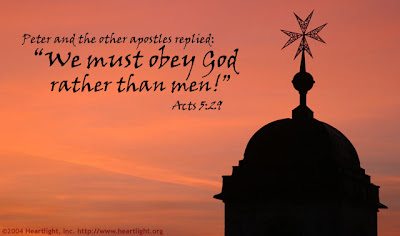 [This is the second part to my latest post “Stand Firm” posted on June 13, 2009].
The palm trees were dancing back and forth, in tune with the mild wind blowing, as the dust was spun all around. After the electronic gate closed behind me, I spotted an empty parking spot right away on my right side. I stared at the glowing clock in my dashboard. It was 11:15p.m. I had 15 minutes spared before starting my work that night.
The past week had been an awful experience for me as I carried that burden of almost hating someone I worked with. But it was also a week of realization: I had reached my limit and I knew I needed God’s grace that would extend the strength I needed to face the situation. I closed my eyes as the slight howling of the wind seemed to carry God’s whispers and reminders He had shown me this past week as I had consulted His Word. My heart started praying:
“Lord, please be with me. This whole week had been totally chaotic for me. Whatever transpired, drained me, mentally and physically. Lord, I don’t want to deal with this situation on my own strength. I need Your guidance more now than ever. I want to face any situations that are about to happen tonight as I work, in ways that You will approve of. Remind me Lord that I represent You through my actions and my words. I want the people in this place to see You, not me. Lord, surround me with Your angels for I know that we wrestle against unseen enemies. I thank You Lord for always being there for me. I thank You that You never forsake me. I love You Lord…”
I slowly entered the door that led to the Clinic. This was the night I anticipated to speak with a charge nurse. I made up my mind as the Lord had shown me how to deal best with the problem I had with her.
“Hello,” as I smiled and greeted everyone.
That charge nurse was giving a nurse a chart so she could see an inmate that the deputies brought. I caught the chart from her hand and volunteered to see that inmate as I just started with my shift while the other nurse had been there 4 hours ahead of me.

“Thank you,” she uttered surprisingly.

After treating the inmate, I went back to the charge nurse. Softly, I had requested if I could talk to her in her office. She got up immediately and told me to close the door behind us if I wanted to. I did.

My voice started cracking, not so much with nervousness but of wanting to be forgiven.

“I just wanted to apologize to you. I’m sorry that I disrespected you the way I answered you last time I worked with you. I didn’t mean that. My neck was hurting so bad because you were telling us a lot of things to do, way beyond what we could accomplish. I was getting frustrated but out of respect with you, I never said anything and did obey. Until I got to that point where I felt I was drowning. I didn’t want to talk with you when you asked me if we could talk because I knew I would end up saying hurtful words to you. I didn’t want to express words that I would regret forever and that I never meant to say. I’m just not that way. You know how hard I work here since day 1. You know I’ve never been in any troubles. I would like to remain that way – a productive employee,” my eyes swelled with a little bit of tears.

Her eyes looked intently with mine. She wasn’t saying anything the whole time. She allowed me to speak but her stare was one of amazement, of an adoring kind of stare. Because she knew I was speaking from my heart. Her facial expression conveyed a deeper level of understanding, of openness. Her stare was of acceptance, her silent heart penetrated by an act of a sincere apology, forgiveness, of restoration and of healing for whatever broke in our bonds as co-workers. She was surprised by a show of humbleness, not of defiance nor arrogance of an employee who could have shown a lot of remorse.

“Okay. Thank you,” was all she said as we both began to step out of her office.

I felt something heavy got lifted off my shoulders. I knew a healing process had began from what could have been destroyed. [“Thank You Lord for Your intervention”, I softly whispered.].

That night went smoothly. I had noticed she wasn’t delegating the day’s workload anymore. She was just letting us, the night crew, tried to finish our expected work with our own pace.

There was something else I had noticed. She was venting out her frustrations with me, as the other deputies from other jails asked for her medical advices and they seemed not to agree with her decisions. She was asking for my confirmation. I knew I earned some kind of respect from her.
My neck was not hurting that bad. I took my break and in my solitude, talked with the Lord:

I love Proverbs 3:5,6 – “Trust in the Lord with all your heart; do not depend on your own understanding. Seek His will in all you do, and He will direct your paths.”

When we have an important decision to make, it’s hard to trust someone sometimes for their input or advices. But there is Someone Who knows what’s best for us. God is a better judge of what we want than we are! We must trust Him completely in every choice we have to make. We should not belittle our God-given ability to reason nor omit careful thinking. We must not be wise in our own eyes but instead, be willing to listen and be corrected by God’s Word. Let us bring our decision-making to God and then, follow His leading. He does guide and protect us!
Inspired: 6/15/2009 02:49:00 PM 17 comments: