“Oh no!” exclaimed one Health Assistant upon seeing who came to be evaluated by one of the nurses. 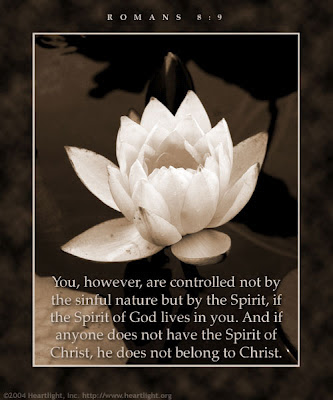 “Him again…”quoted the other right after.
I just came back from the break room after having dinner with another nurse I had not seen in a long time. I used to work with her on night shifts that I did then. She was kind enough to volunteer to help our shift out after learning that it would be short last Sunday afternoon. I thanked her.
Upon arrival and being the temporary Charge Nurse, the covering nurse had warned me that two were already seeking help for their pain, one with abdominal and the other from the chest. She was going to see one with the abdominal pain, whining and with tears, kept complaining that something serious was going on. I took the other inmate with the chest pain and much later determined it was not a true cardiac problem but more of a pain coming from an old bullet wound to the area below his left shoulder.
I heard the other grimacing and moaned in pain when the other nurse barely touched his stomach area. I didn’t see him when I came back from my break and after my own sick call happened to take a look from where he was sitting. I took a deep sigh. I knew him well, too. I had dealt with him, too. Many…many….times.
He was known for faking his medical emergencies. Complaining mostly of abdominal pain and that there was a “lump” there. All the known tests were done. All came back negative. Along with that treatment modality, he was also being cared for by the Mental Health Services. But I knew that he was doing that on purpose to try to get into the Special Housing Unit where those with chronic conditions were being housed. Inmates knew that it was a more relaxed environment, the unit, having fewer number of inmates that resided in each segment. They knew that it was right behind the Infirmary where if they needed pain medications or other treatment, we, the medical staff was just right there. But he never got what he wanted. For many months now. He kept trying. Crying. Rubbing his stomach. All was done was he was kept until seen by the doctor. Only to be sent back again to his cell. Many...many...times...
I felt that way at the beginning…When those in higher positions took away my position and accused me of a lie regarding my employment. I pled…Many…many….times…To God. In His silence, I pondered. I cried. I protested and begged that I deserved not to lose this job. He told me to wait…It had been over a year now…Still…He told me to wait some more…And in that process of waiting, my perspective changed. Not by me. But by Him. By His Word. He hasn’t truly closed the door yet. It remained ajar as I remained working. Though lesser hours, actually became more like an advantage for me. The situation taught me to trust deeper. It taught me not just to have faith but to act on my faith. To be able to show those who wanted me ruined that nothing in their plans would manifest because Someone else has His hold on me. Someone else’s plans were already long established by Him.
Manipulation….That was what it was all about…Like that manipulative inmate who wanted things turned around so he could have the advantage. Like those people who wanted me to quit because they wanted to show their power. Like me at first who wanted to change those circumstances so I could have the edge by my own strength. That would have been disastrous if I did. That would show how much I did not trust the God Who has control of everything.
“Give us a few more months, Ms. Rcubes,” the lady reassured me. The lady who worked to fight for those oppressed in their workplaces.
“That’s okay…”I replied without any anger.
“I truly understand the process…” I added.
And I was sure. 100% sure of my answer...Knowing that nothing in this place could ever satiate my hunger. And all of my needs. But Christ alone.
Love is patient and kind; love does not envy or boast; it is not arrogant or rude. It does not insist on its own way; it is not irritable or resentful; it does not rejoice at wrongdoing, but rejoices with the truth. Love bears all things, believes all things, hopes all things, endures all things.- 1 Corinthians 13:4-7(ESV)
Inspired: 7/10/2012 05:25:00 AM 8 comments: