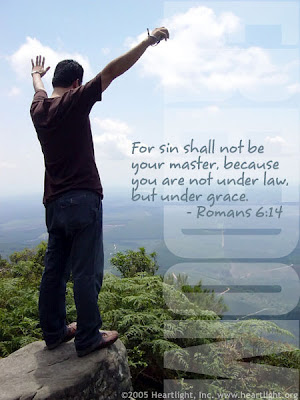 He was dressed up in blue. An inmate worker. I always saw him cleaning around the different parts in the Infirmary. His job assignment. Occasionally, I would say “Hello” as staff was prevented from making any friendly type of conversation among the inmates. For security purposes. Which was right among the corrections’ policies.  A few who fell for their charming ways of conversing ended up liking the inmates and tried to help them escaped. But most of the time, the staff who did that ended up being caught. Unfortunately, they ended up becoming imprisoned like the persons they got attracted to.

It was a bad shift. Unscheduled sick calls kept bombarding us. One after another, we, nurses took turn seeing them all. Some went to the hospital for further treatment. It didn’t include the busy phone lines and the charts with the doctor’s orders were barely touched by any of us. I felt the gnawing pang of hunger when I looked at the clock showing a few minutes past 6 in the evening. I remembered, I had not even taken a break. Eyeing the plastic bag that stored my dinner I brought from home, I asked for permission from the Charge Nurse if I could take my break.

I usually never went to our dining hall where any staff could order anything to be made. It was just easier for me and much more relaxing to eat in the back part of the Clinic, away from any inmates’ prying eyes and that of the staff’s. I warmed up my food and realized there was no fork but just plastic knives and spoons. That would still work. If one was too hungry like me that night, you had to provide.

I saw him again. Right behind me when I started digging into a couple slices of pizza. The aroma spilled into the area as I sat down and took the newly-warmed up pies from our microwave oven. He was cleaning the floor, mopping the other end, just a few steps from where I was. It was too quiet. For both of us. I was trying to enjoy my dinner yet cautious as he was there. It was too quiet that he could hear just the sounds of the knives cutting and aided with a spoon to put the pizza into my mouth. As I could hear just the swaying motions of the mop he was using.

I couldn’t concentrate on my dinner. The presence of another shadow whom I couldn’t trust was just lurking behind me. Silence made it worse. To know that there was another human being made by God to interact was not supposed to be talked to.

With a slightly racing heartbeat, I cracked the deafening silence between us and softly, I uttered, “How are you doing, Sir?”

He looked up from intently looking on those floor tiles. I could tell he got a little excited that he was noticed. He paused from mopping and replied, “Oh, I’m fine, Ma’am…”

“I’m so hungry right now so don’t mind me if I keep on eating. It’s a bad night for us.”

“Oh, it’s okay. I know. I saw you’re eating pizza and I was thinking it looked so good.”

I could have taken his latest reply as spooky. It gave hints that he was watching me and knew even what I was eating. But I decided to ignore it and continue to not let ‘silence’ saturate that spot where we both were.

“You guys don’t get pizza?”

“That must be a bummer, huh (me trying to talk in a lingo he was used to)? But economy is hard right now. It must be about the budget thing.”

“Sorry I can’t offer you any. If ever you get out, that’s the first thing you do…”

His mouth showed a wide smile as he nodded his head up and down. The Infirmary Deputy suddenly emerged his head from one of the exam rooms nearby and interrupted our stolen conversation. He looked at me and made sure I was okay. I smiled back at him and with his talking eyes, he was grateful in a way that I was there in the back as the inmate cleaned the area. He knew some stuff like plastic knives and spoons could be stolen and be improvised as “shanks”. He sensed I was comfortable and left me to enjoy the smaller piece of pizza laid out in front of me.  Except…It had gotten cold. A small price I had to pay for hearing the unspoken woes from an inmate’s heart. Hungry for interaction. Prevented by policies of the prisons for a reason. Policies or laws that would make him and the other inmates avoid the same evil deeds that got them imprisoned in the first place. The deafening silence in that dark place could be an opportunity for him to re-evaluate those deeds…

Laws are given to our rebellious spirits to help us love God with all of our hearts and minds. But men turned them into rules that most of the time, they are misapplied and confusing. Jesus did not come to go against such laws but against the abuses it was subjected to. Moses emphasized God’s law and justice but Jesus came and highlighted God’s mercy, love, faithfulness, and forgiveness. Instead of the writings on those stone tablets, true disciples of Jesus show His writings on the stony tablets of their hearts, changed through the ways they live their lives.