"1 In the past you were spiritually dead because of your sins and the things you did against God.2 Yes, in the past you lived the way the world lives, following the ruler of the evil powers that are above the earth. That same spirit is now working in those who refuse to obey God. 3 In the past all of us lived like them, trying to please our sinful selves and doing all the things our bodies and minds wanted. We should have suffered God's anger because we were sinful by nature. We were the same as all other people.


4 But God's mercy is great, and he loved us very much.5 Though we were spiritually dead because of the things we did against God, he gave us new life with Christ. You have been saved by God's grace.6 And he raised us up with Christ and gave us a seat with him in the heavens. He did this for those in Christ Jesus7 so that for all future time he could show the very great riches of his grace by being kind to us in Christ Jesus.8 I mean that you have been saved by grace through believing. You did not save yourselves; it was a gift from God.9 It was not the result of your own efforts, so you cannot brag about it.10 God has made us what we are. In Christ Jesus, God made us to do good works, which God planned in advance for us to live our lives doing." - Ephesians 2:1-10 (NCV) 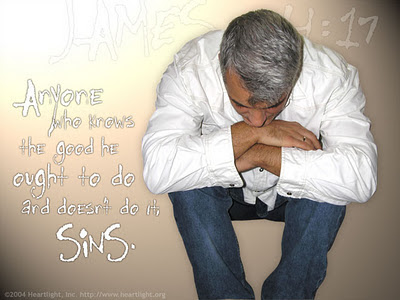 “You want me to see him?” I asked the Charge Nurse after seeing a very young male inmate watching t.v. from the cold metal bench where he was sitting.
The unit called prior to his arrival. They said that this inmate was complaining of chest pain.
Words do get passed around. Inmates are aware of the magic word.
“Chest pain!”
They know when to use that because they know that this medical condition can never be denied to be evaluated. They know that they can immediately see the medical staff even if that is not the true symptom.
Just like him…With his young face, slightly disheveled curly hair and his expression seemed lost. I could see him looking at the t.v. monitor but his thoughts were flying somewhere else. Perhaps, tracing back what brought him to the prison in the first place. Perhaps, regretting why he did a crime in the first place. Yet, he might also seem proud and consider that his trophy instead.
“He’s only 19! Give us a break! He can wait there for as long as he wants to!” answered the Charge Nurse.
“We are so busy right now and his situation doesn’t even need any attention. Let him wait!” she added.
I could see where the Charge Nurse was coming from. We usually called that “bench therapy” where we let the inmates who did not have any true medical emergencies wait and wait. And wait. And wait. Until they realized it was not really comfortable to be waiting in the Clinic. For nothing.
Coming from outside, living a dysfunctional life, finding hope in wrong places, seeking temporary pleasures from different ill ways, looking for love that they had no clue what it was like in the first place if they had not tasted a true kind of love, seeking attention that they wanted as most of the time, they were probably rejected by many and that would always be the behavior they knew in order to get what they wanted. How could they find hope, how could they change for the better if no one gave them a chance? Or at least someone would give them the benefit of the doubt?
I looked again and saw the frustration from his tired and impatient face. But he couldn’t do anything. He knew he would get in trouble even if he tried to speak or say something against what was told.
I often wondered. When was it the right time to give the “bench therapy” or not? Giving it to someone with a heart hungry to be loved, to be respected despite the age, young or old, might not be the best answer to every situation. It was more like punitive.
"You may go back to your unit now!" yelled the Charge Nurse after hours and hours she made the inmate waited.

My heart sank. I did not make the decision. But I knew I did not even try to offer my help. I felt helpless as I was told to do my work and not see him. But in the back of my mind, I knew I was letting go of a soul who might be desperate for help. A different kind of help. His heart was hurting to be loved and be accepted. The way I once was. The state in which Jesus found me and instead of giving me a bench therapy, He led me to the foot of His cross and immediately made it known how much He loved me and cared for me. He poured his love unconditionally into my empty heart. He made His love overflowed but with the last command for me not to go back to my old ways. His command was for me to "share His gift of love with others who don't know Him."

The young man's footsteps were long gone in the long, silent corridor. But his demand was still very much audible that I just started praying for him. And for me. I needed His continued guidance and forgiveness...
Inspired: 10/25/2011 08:05:00 AM 5 comments: