No Excuses From Working 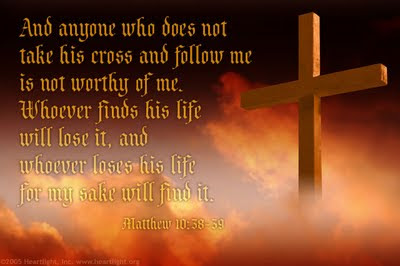 The sun slowly rose on the eastern skies. One by one, the imprisoned bodies woke up and gave themselves a stretch and yawned. Donning themselves with blue uniforms, they started getting ready to be sent for work in different areas of the prisons.


Lined up neatly in a row, by two’s, several marched ahead to go to the bakeries to bake the loaves of bread that would feed the entire jail population for the following days to come. Freshly-baked aroma filled the air and woke up those not working and who stayed behind in their cells.


Some went to the kitchen to make some meals, some of them to serve the custody and medical staff in the dining area where they could learn some etiquettes in taking the staff’s orders and the manner they would serve the ordered food. Others would start making big batches of food for those incarcerated. Hot oatmeals were stirred in a big pot, soups were boiling, chickens and vegetables were cut up for a particular menu and individual trays were readied that would go to different housing during “chow times” [meals].


The garage was busy with the inmates learning how to fix cars, painting them, restoring the engine parts.


The laundry area was noisy with the busy washing machines, full of heavy loads of prisoners’ uniforms. As the dryers joined in with the rhythmic din, some inmate workers were already folding some dried clothes, arranging them in neat piles on a big bin.


Some were outside, clearing the tall weeds, mowing the lawn, putting fertilizers on the beautiful landscape they had created days before.


Others could be found in the Bridge [central part of the jail] where they would maintain the cleanliness or help the staff with some errands within the facility.


Still, some others, feeling lazy would put in a sick call request, hoping that the facility nurse would give them a few days off from their work. There were so many lame excuses but they didn’t know that it would be hard to get a valid off-work status, as jail nurses were always keen in detecting their needs or symptoms noted.


Yes, these broken lives are kept busy and by rehabilitation, hopefully will make them useful when they are released. This process gives them a new life to stay away from society‘s illness: drugs, alcohol, rape, robberies and other forms of crimes. With the skills learned, they can become more productive.


As Christians, previously broken and restored by the saving power of Jesus, we must not stop, too and be useful for the Lord. I think, sometimes, it’s easier to make excuses from witnessing with those people around us needing to hear the Good News. But there is a continual “harvest” that waits to be reaped.


And yes, we do this witnessing because it produces a joy of working for Him. It is a joy to see when new believers come to Christ.


Jesus said, “My nourishment comes from doing the will of God, Who sent Me, and from finishing His work. Do you think the work of harvesting will not begin until the summer ends four months from now? Look around you! Vast fields are ripening all around us and are ready now for the harvest. The harvesters are paid good wages, and the fruit they harvest is people brought to eternal life. What joy awaits both the planter and the harvester alike! You know the saying, ‘One person plants and someone else harvests.’ And it’s true. I sent you to harvest where you didn’t plant; others had already done the work, and you will gather the harvest.” - John 4:34-38.