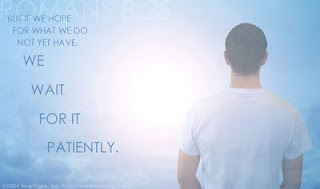 I knew the silence from my enemies at work did not mean they had ceased their evil plans. I knew they were active trying their best to make me quit from my job.

“Rcubes,” every one had a concerned look when they saw me after a month leave at work and they were surprised to see me working with the PM shift last Thursday, after working nights for so many years.

“Are you okay?” as some of them had welcomed me back with wide, open arms and sadness with their expressions.

“Fight, Rcubes, you must fight,” one stated as he saw me for the first time last night. “They got so used to people quitting when they were being given a hard time. There was no reason for you to go through this,” he added.

The following day, another devised scheme was given by handing me a written memo. But I already foresaw this to happen, by the grace of God. If the enemies thought that their new tactic to scare me would work, they were wrong.

I knew very well since this battle at work started that it wasn’t from God. Persecution comes from our spiritual enemy, not from God. Through this difficult time, my faith has been increased, knowing that no matter what the outcome is, I know my future is secure in Christ.

“Don’t be afraid of what you are about to suffer. The Devil will throw some of you into the prison and put you to the test. You will be persecuted for ‘ten days’. Remain faithful even when facing death, and I will give you the crown of life.” – Revelation 2:10 (NLT)

I looked around to see who among my co-workers were rooting for me. True enough, those faces were the ones who had learned to endure because they were the same ones who walked in this difficult journey I had been walking on. Many had quit. Only a few remained. But those “few” overcame because they stood firm on their ground.

And that is my sole intention: to remain standing firm and wait as He battles for me, knowing that no matter what the outcome is, I still have the victory.

“10 A final word: Be strong in the Lord and in his mighty power. 11 Put on all of God’s armor so that you will be able to stand firm against all strategies of the devil. 12 For we are not fighting against flesh-and-blood enemies, but against evil rulers and authorities of the unseen world, against mighty powers in this dark world, and against evil spirits in the heavenly places.” – Ephesians 6:10-12 (NLT)
Inspired: 5/28/2011 02:30:00 PM 6 comments: