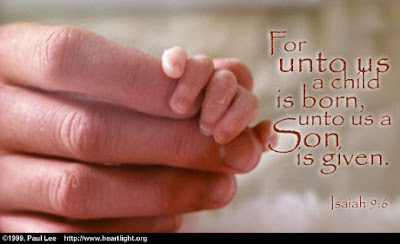 I was starting to become short of breath after dashing right behind another nurse who was running a little faster than I could. Holding the big kit that had a big basin and other materials we possibly needed, our loud footsteps and the set of keys in my right pocket made noises that filled the entire long corridor, leading to one of the units for female inmates. We just received a call that a pregnant inmate was in pain and looked like she was in labor. The charge nurse already knew who it was even before they mentioned the name, as medical staff had been keeping track of those who were in their later term of pregnancy.

We saw her crying, forgetting to breathe at times as the deputy tried to console her and comfort her. We had her get up on our exam table in a small clinic and as the other nurse signaled that she felt the baby's head starting to come out, I immediately called for an ambulance over the radio to the charge nurse. Soon enough, the rest of nurses and other higher ranking custody staff came in and were standing by to help us out. The interventions were quick. The adrenaline was being felt all over that tiny room. As I started the paperworks, some of the nurses were encouraging her and helping her remember her breathing. The contractions seemed to be narrowing in between and the more tears she shed as they did.

There was something about delivering a baby that brought both excitement and joy. Despite the setting, we seemed to have forgotten the dark place and the vision of heavy metal bars beyond the glass window of the clinic. Everyone was excited, awaiting the birth of a special gift that was about to come. The ambulance arrived. More blood gushed out. But she was able to be transported to the nearest hospital. The baby did not arrive in the prison which in a way, everyone was thankful for. Because being born in the jail was not a desirable place at all.

But thousands of years ago, a unique birth happened in Bethlehem. It was already prophesied years before. Conceived by the Spirit. Born in an undesirable place: in a stable. Heaven's Greatest Gift to mankind: JESUS...Who came as a suffering servant but will come again as King and Judge. The true meaning of Christmas...

Do you see Jesus as a baby in the manger or is He the Lord of your life? Have you accepted heaven's gift of love into your heart?