My neck was starting to hurt, as my frustrations started to grow inside. I had been non-stop with work from the time I got there at 11:30 p.m. I glanced wearily at my watch: 2:00 a.m.


This charge nurse was known for finding things to do. She doesn’t let anyone just sit around. I have no problem with that because that’s my work attitude, too. I don’t want to be lazy knowing that it doesn’t please the “Boss”. Every night, she delegates most of the work to the nurses and other staff members.


I had barely gotten done charting after seeing an inmate who returned from the hospital’s ER. She was giving me another work to do. I calmly obeyed knowing that I needed to respect her. I always thought of what would please the Lord in my actions. So, I was merely doing it for the Lord. But being human, I have limitations, too. That night, I felt like I was a rubber band being stretched out to the max and I knew, I was ready to snap.


My co-worker felt the same. I knew her, too that she wasn’t a lazy person. She loved to help out the way I did! We both were finishing up a lot of doctor’s orders while seeing unscheduled sick calls that this charge nurse had summoned, answering phone calls, listening to the radio for any possible “mandown” because it would only be her and I to run to those medical emergencies, and reassessing all the inmates that had gone back from the hospital.


I had no problem with that, to help out others. But the problem was that, we had so much to do just for the night shift and to be given all those things when we weren’t even done yet with our assigned work was just unbearable that night.


“Rosel, can you also check the blood pressures of these inmates from unit 12?”


“No!, " I protested for the first time and she didn’t expect that from me knowing I had always worked without any complaints nor being told.


But I turned my back and got teary-eyed as I tried to seal my mouth so I won’t say things that would be disrespectful to her. I bottled up my frustrations for so long that I didn’t want to explode in front of her. If I wanted to let her know of my frustrations, it wouldn’t be like that kind of a show in a theater where everyone was there and would be able to watch and hear. Yet, I wasn’t ready to even speak with her.


“Do you have any problem?” asked the charge nurse as she saw that I wasn’t happy at all.


“Yes, I do. My neck is hurting me right now, “ I retorted. [I had a neck injury from the past and it was hurting as I did a lot of computer work and was doing things endlessly].


She came next to me as I was still charting on one of the inmate’s chart. “We’ll talk later.”


“No…let’s talk!,” she insisted as if she didn’t hear me the first time.


“No! I told you, I don’t want to talk about anything at this time,” in a higher tone of voice so she could get what I just said.

I couldn’t believe myself for acting like that. The mounting pressure and frustrations changed my character in an instant. I didn’t want to talk to her because I was not in the right mood to do so. I was avoiding that in my frustration and being upset, I would utter something that would either hurt her or for me to regret forever.

My co-workers who had witnessed what occurred were supportive of me. They were all frustrated, too. But the thing was that no one was willing to stand up for himself or herself. They never made her aware that her wanting to finish everything which was impossible to be done by just one shift was making them feeling overwhelmed, frustrated, upset, burned out! One co-worker wanted me to talk with her and tell her that everyone’s getting burned out. And that saddened me, too – that no one wanted to be honest in making that charge nurse know how those extra, overwhelming loads of work are making them feel.


This entire week I was off, I had consulted the Lord. He was the “Living Water” that doused the “fire” that would have destroyed my work ethics and my once harmonious relationship with that charge nurse. 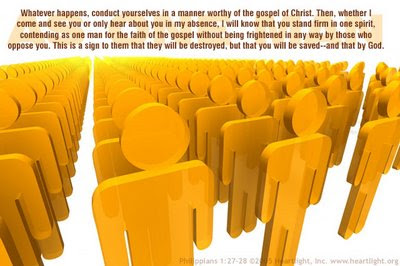 I would be talking to her when I go back because I wanted the charge nurse to know that I am not a monster. I am not an unwilling employee who disrespects employers. I am not mean. I am not lazy. I don’t need to be told on what to do because I have the initiative to do those things knowing they are my responsibilities. I am a good team player knowing that every work I do is essential to the night shift’s success in completing our task. I don’t mind helping others because it’s a 24-hour facility and there’s nothing wrong about that except that if there are enough people to do the task for that day, we are making them more lazy when we do the things for them, instead of the other way around. And they still complain that they [day shift] are frustrated.


I am God’s child who learned so much from my Father. He instructs me to do things with a cheerful heart. He wants me to consider others higher than myself. He wants me to serve not to be served like how He did it, to the point of even giving His own life on the cross for us. He wants me to fix my thoughts only on things that are true, honorable, and right. Things that are pure, lovely and admirable.


An effective teamwork happens when each team member uses his or her special skills. Each member’s strengths will contribute something important to the team’s effort. Most of us are good followers than being a leader in us. No leader is perfect. No human deserves our complete allegiance. Only God deserves our complete loyalty and obedience! We need to be effective team members in using the skills and abilities God had given us. But if the leader goes against God’s Word, we must be willing to stand alone.


Psalm 1:1 –“Oh, the joys of those who do not follow the advice of the wicked, or stand around with sinners, or join with scoffers.”


Isaiah 32:8 –“But the noble man makes noble plans, and by noble deeds he stands.”


Jeremiah 6:16 –“This is what the Lord says – Stand at the crossroads and look; ask for the ancient paths, ask where the good way is, and walk in it, and you will find rest for your souls. But you said, ‘we will not walk in it’”.