"You don't have enough faith," Jesus told them. "I tell you the truth, if you had faith even as small as a mustard seed, you could say to this mountain, 'Move from here to there,' and it would move. Nothing would be impossible." – Matthew 17:20 (NLT)

Her words I sort of expected. But at the same time, I was hurting knowing my friend who recently injured her left foot needed the equipment the doctor ordered to help her ambulate than crutches.

“She denied it,” she gasped, sensing her astonishment and anger at the same time. Anger that slowly built up as she waited for the equipment to be issued. Day after day. For weeks. She was talking about the Work Comp insurance person who dealt with her case. 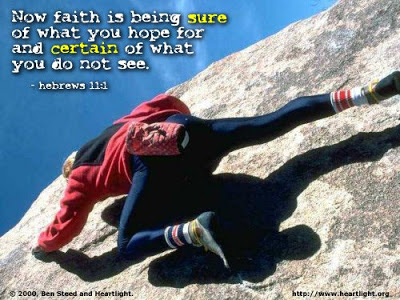 “I’m not surprised,” I answered.

As I remembered clearly at the same time I was conversing with her, that I, had gone through the same trial when I hurt my neck in 1997 in the busy Orthopedic floor where we both worked before. I knew, like her, I didn’t want to deal with any hassles. I just wanted to be treated until I could get better and go back to the same work I had been doing for almost 10 years at that time. But my neck pain never improved. Every time I was there, the burden of caring for joint patients became too heavy for me. My neck pain always was aggravated every time I was barely starting my shift. Until I was able to make the transition to Correctional Nursing in year 2000.

Looking back…I knew it was God Who coordinated my transfer. I vividly could hear what the treating doctor told me:

“Get out of Nursing…”

She started sobbing. I remained silent. I could feel the weight in her heart with all the things she had been going through. Hurting her foot was not even half of what she had to face daily.

She faced mountain after mountain of trials. I might not have been in the same shoes she has…But I had been there. I truly understood from my heart. All the mountains of heartaches and frustrations I had to face. And learned to overcome. The buckets of tears I shed. The many faces I dealt with who seemed to not believe in my injury. No one understood at that time. For what I had gone through. Except one.
Jesus…

And I knew…despite the mountains I had to conquer, His promises always rang true. Of how He would always be there for me. Because He had gone before me. He suffered before me. He did…Because He loved me…As He loved all.

And every time I conquered each mountain, every miraculous strength and triumph, it was because He made me learn…That by faith, I could.

Even if that faith is as small as a “mustard seed.”

Faith that distrusts self-reliance…And faith that is laden with fervent prayers that should be presented to the foot of the cross…Where there, Christ’s arms had always been open…To accept a broken heart…


"What do you mean, 'If I can'?" Jesus asked. "Anything is possible if a person believes."