I was trying to savor each crucial minute that was passing by. As my plan for an unexpected early exit from working in the prison seemed to materialize more at the passing of each day. There in front of us, five nurses, sat a middle-aged man, slumped slightly forward as he tried to put more effort in getting in more air to his chest that started hurting this morning. Slightly pale and diaphoretic when we first got there, the other nurse and I who responded barely knew his medical history. We just knew he was diabetic and was getting dialysis every certain days of each week. But his blood sugar was not that bad for the morning check.

“I bet he’s coming down with some lung problem more than the heart,” I suggested to the nurse whose fast pace, I tried to keep up with, down the long, silent, cold hallway.

Tapping my stethoscope before putting it on his upper, right back, I heard his breath sounds diminished on that side. Feeling the hot skin even with my hands donned with gloves, I knew he was running a fever. I advised for the deputies to put him on a guerney so we could take an EKG but I told the nurse, he looked so weak. I would rather not waste a second in calling for an ambulance so he could be brought to the county’s ER immediately. To which she agreed.

After calling over the radio, the other three nurses immediately worked like a precise team. One started the IV. One connected the mask to the oxygen tank I hauled with me. One helped me and the other nurse did the vital signs and other assessment.

To what seemed like an eternity, it actually took us five to ten minutes to settle the man and did the best first aid we could. I had an AED machine near me. In case…

He became more calm. His pinkish color returning to what looked like a grayish, pale face we first saw. The EMT finally came with their guerney and agreed that he could hear diminished sounds on the right side of his lungs. The EKG strip returned without any abnormalities.

Walking back to the Clinic, five of us were more relaxed by then, enjoying that special mission which tried to make a life not be lost. I told them...It was a moment like that, that sometimes stopped me and gave me doubts if I truly wanted to leave working in the prison. I told them I had more stress-less nights despite chaotic shifts. Because I was working with the right team. They all smiled and those smiles showed a hushed thankfulness to a well-meant flattery.

Working in the prison, I know better now as the Lord still continues to teach me each time…that as His child, I don’t have to do things that are fear-based. Because of Him, I have learned to face each critical event with calmness, heart pounding, not with fear but with flipping the pages of learned experiences that can intervene to a particular symptom or emergent situation. But paired with that, He also gives some of His children, who I must learn to trust and work with with respect, no matter what degree of education we, each, hold.

Because of Him…God Who gives a spirit not of fear but of power and love and self-control (2 Timothy 1:7).

Whether I stay or leave the prison, there is no thing truer than this:

My power? It is God’s power….The SAME POWER…

I heard this song from Jeremy Camp a while ago on my way to work. May you, child of God, always be reminded that wherever you go, whatever you do, you are living each moment, not for your own good, but for His glory. Sharing Christ to those who don’t know Him. Whatever you face, you have that power that comes from Him. There is nothing to fear. Instead, you and I can do everything in Christ Jesus. To Him be the glory forever.

For I know the plans I have for you,” declares the Lord, “plans to prosper you and not to harm you, plans to give you hope and a future.  Then you will call on me and come and pray to me, and I will listen to you.  You will seek me and find me when you seek me with all your heart. – Jeremiah 29:11-13 (NIV)

Before an unspoken prayer…

Before any acts of service…

Even before a small faith that can move mountains…

Before each encouraging words and actions…

Goes a HEART….Offered first before any sacrifice…

May my heart seek You First, Oh Lord, the One and only true God. Daily…

But seek first the kingdom of God and his righteousness, and all these things will be added to you.- Matthew 6:33 (ESV)

No one can serve two masters, for either he will hate the one and love the other, or he will be devoted to the one and despise the other. You cannot serve God and money.- Matthew 6:24 (ESV)

Commit your work to the Lord, and your plans will be established.- Proverbs 16:3 (ESV)

My son, do not forget my teaching, but let your heart keep my commandments, for length of days and years of life and peace they will add to you. Let not steadfast love and faithfulness forsake you; bind them around your neck; write them on the tablet of your heart. So you will find favor and good success in the sight of God and man. Trust in the Lordwith all your heart, and do not lean on your own understanding. – Proverbs 3:1-5 (ESV) 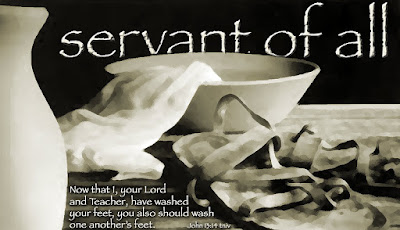 I couldn’t believe the apology from an email I was waiting for since Friday. A personal inquiry I had sent her before I finally end my career at Corrections as a nurse. To me, it wasn’t even a big deal if she forgot to answer my question. But to my surprise! She apologized for taking a while to reply as she went to another department to confirm and make sure she would give me nothing but the RIGHT answer. It only took over 2 days in reality and those were not even counted as those were weekends and understandably, our offices in the county were closed.

I emailed her right back and thanked her. She might not know me but those little things never went unnoticed to me. Simple acts of service that I hungered for sometimes wherever I went. To get a grande cup of macchiato in Starbucks. Paying at a cash register. Looking for items I needed for a particular recipe in a grocery store.

I had been contemplating to resign before this year is over. I have been feeling that my time in the prison was coming to its end. Still…I am not sure what path to take. Except that with almost 16 years being there, God was the only One Who truly was faithful in guiding me. Calming me during times of trials. Giving me discernment during crucial decision making. Reminding me of His love and forgiveness despite what was thrown at me. Reminding me of His presence and power that truly He was and would always be my Boss as I worked.

Service…That I pray for those years I had done behind those thick walls, I never pleased anyone but only Him.

Anyone wanting to be the greatest must be the least…..the servant of all….

I look everywhere…Where is true service nowadays? If one is only devoted to humanity’s cause, more likely a broken heart ensues. But if the motive is love to God, then, nothing can hinder anyone from serving others.

I have learned from working 10 years in a hospital and almost 16 years in the prison, work has no fulfillment if I just viewed it merely as a job.

But any work, no matter how insignificant it may seem, is truly an opportunity to serve God and man. Doing things with hands seem a mundane thing. But if those hands are paired with a willing heart and a servant attitude, then it becomes significant to whatever service it provides.

I have learned so much wherever the Lord takes me. Like seeing those who claim they are fulfilled because of what they have are not true. To me, those who live fulfilled lives usually are the ones busy serving others faithfully and unconditionally.

Oftentimes, inmates thank me for treatments I have done. Without them knowing, I learn so much from them when I forget my own needs as I try to help them with their ailments.

I am slowly giving hints to wonderful co-workers. With sadness, I know I will miss those who are truly dedicated in helping the incarcerated ones.

I know I will miss a lot of things when I leave...But in reality, there is no resignation under God’s Kingdom. He is just placing His willing servants to places where he or she may grow.

“Where to, Lord? Where to?” are my heart’s cries lately. Without anxiety. Without fear. Because I know, He will always be there no matter where He takes me…

For even the Son of Man came not to be served but to serve others and to give his life as a ransom for many ~ Matthew 20:28