The Gems In Our Living Room

5 And have you completely forgotten this word of encouragement that addresses you as a father addresses his son? It says, “My son, do not make light of the Lord’s discipline, and do not lose heart when he rebukes you, 6 because the Lord disciplines the one he loves, and he chastens everyone he accepts as his son.”

7 Endure hardship as discipline; God is treating you as his children. For what children are not disciplined by their father? 8 If you are not disciplined—and everyone undergoes discipline—then you are not legitimate, not true sons and daughters at all. 9 Moreover, we have all had human fathers who disciplined us and we respected them for it. How much more should we submit to the Father of spirits and live! 10 They disciplined us for a little while as they thought best; but God disciplines us for our good, in order that we may share in his holiness. 11 No discipline seems pleasant at the time, but painful. Later on, however, it produces a harvest of righteousness and peace for those who have been trained by it. – Hebrews 12:5-11 (NIV)

I heard the laughter died down to a complete hush downstairs. I kept flipping the channels, trying to find an interesting show to watch. Without success. I never enjoyed watching t.v. the way I used to.

“Thank you, Mom,” as I saw the silhouette of my son approached me and gave me a hug.

“Yes. I told them next time, they can stay longer because I want you and dad to rest now. I know you guys are tired.”

“Oh, that’s okay…They could have stayed longer. You guys don’t bother me and your dad.”

But the laughter filled the living room a while ago. Just right below where I was, up in the loft. Sometimes, hearing the t.v. was a little hard that I had to turn up the volume a notch or more. But those kids never bothered nor annoyed my husband and I. Silently, they never knew we also laughed with them. We knew them since they were in elementary. All of them worked and studied hard.  The way my son had tried to go against the flow. No matter how hard at times. He knew. The feeling of doing the right thing. No matter what other people say. Even if the people from his generation would never understand why he might not be as cool as they wanted him to be.

“Did you guys have fun?”

“Yes, Mom. Thank you for allowing them to stay here.”

“I told you. Enjoy while you guys can because you all will be graduating soon and sometimes, it might get tougher to get together if you all are far apart.”

“We were laughing so hard at the burger place. There was a lot of people also at the Starbuck’s when we got our drinks. I forgot to tell you. There was something going on by my highschool as we were heading back to our house.”

“Two police cars stopped this car and later on, it was being towed.”

I felt a “good night” kiss landed on my right cheek as I saw the huge smile from my son’s face. I wouldn’t trade all those loud laughter from these kids for anything in this world. Knowing how they were safe, just enjoying precious time with each other. Sure. They had grown up into becoming adults. But they would always remain “cool” to me. Knowing how responsible each of them was. Respectful. Studying hard to achieve their goals. Staying away from those influences that they knew would end up harming them. Physically and mentally. These were bunches of kids that might not be “cool” to their peers. These were the kids who would get hurt when parents disciplined them and later on, deep inside would know. It was done because their parents loved them. 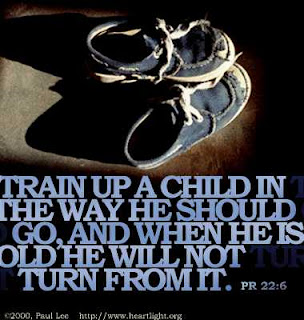 What gems!!! Right in our living room...