I Blew A Fuse 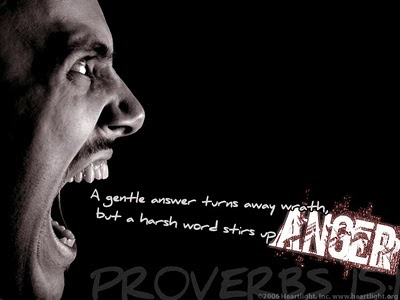 Sometime last year…I was endlessly working. Part of it, was my nature. To give everything I have. Only for the Big Boss. I would always be grateful for this job He gave me as a Correctional Nurse. It was not easy. But the joy of being able to help out to the hurting souls gave me accomplishments deep inside that has far more value than earth’s money or gold.

The other part was because of the Supervisor or Charge Nurse was also telling me “Do this! Do that when you’re done!” Patiently, I had been following her wishes. Until my neck got achier and it felt like I couldn’t go on anymore [I had a neck injury in 1997]. It wasn’t about her telling me what to do. It was about her telling us to do work first that were not nursing kind of stuff. You know, like filing papers. Cleaning the exam rooms after. Calling some inmates middle of the night to make sure they were okay when the sick call was usually done in the morning. In their units.

I heard Paul’s voice saying: [Romans 13:1 -”For there is no authority except from God and the authorities that exist are from God.”].

I even heard Peter from the back of my mind, too: “For the Lord’s sake, accept all authority - the king as head of state, and the officials he has appointed.” -1Peter 2:13-14

“Rcubes…Can you also do the blood pressure checks in unit 8?”, she uttered as I was barely done from charting on an inmate’s chart after a non-emergent sick call. Mind you, this was also done by the LVN's in the morning.

Would you believe RCUBES got upset? That was it! The anger meter went up the roof! A fuse blew up! As I kept telling myself, “be slow to anger Rosel! Be slow to anger!” I didn’t say anything. She noticed. Because I usually had the enthusiasm to work. Most of the time, without being told.

“Do you have a problem?” she asked.

“Yes, I do!” I answered really loud and with a higher tone of voice that surprised my co-workers who had not seen that kind of attitude from me. I felt their sympathy. On me.

She brushed against my left shoulder and whispered, “We’ll talk later, okay?”

“No!” I said with defiance she did not expect.

To make this long story short, I didn’t talk with her not until the following week that I was scheduled to work.

“Hi, Nurse Z!” I softly greeted her as I walked into the Clinic.

“Would it be okay with you, if you have a minute, to talk with me?”

“Sure,” she said as she got up and led me to her office.

As I heard the door closed behind us, I started, “I’m sorry for the behavior I had shown you last week. The reason I got upset was because you were non-stop telling me what to do. You know you never have a problem with me when it comes to work. Because I don’t need to be told. But most of the stuff you told me to do was not even related to our work. Which was fine. If we have a quiet night. You know that I also like to help out others whenever I can. But you knew we were busy that night. It just got to me as I started feeling my neck hurting more.”

She just kept staring. Not saying a word. Digesting all the words that were coming out like a flowing river. I saw her eyes got teary.

“I didn’t talk to you when you offered that night, because I was so angry and I didn’t want to face you that way. I know that in my anger, it would be easy to say things that I wouldn’t mean or even regret much later. And it would be so easy to destroy someone even with words.”

Still no words from her. She was meeting my own straight gaze.

“I just want to let you know that I’m very sorry.”

“Okay. Thanks for telling me,” were the only words she uttered as on-lookers were staring at the two of us as we walked out of that room. They were wondering what happened but they knew it was a talk that led to healing. To straightening out what was misunderstood before.

And I felt something got lifted from my shoulder…I didn’t want to make a good impression on her. I wanted to do it Christ’s way. He always put others first.


“Then make me truly happy by agreeing wholeheartedly with each other, loving one another, and working together with one heart and purpose. Don’t be selfish; don’t live to make a good impression on others. Be humble, thinking of others as better than yourself. Don’t think only about your own affairs, but be interested in others, too and what they are doing.” - Philippians 2:2-4
Inspired: 2/02/2010 06:18:00 AM 39 comments: