In The Lowest Times 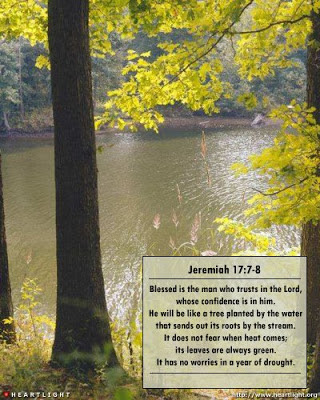 Overwhelmed with thousands of cases from employees who brought charges against their employers, I could see that closing my case without truly looking at all the evidences gathered was the easiest route to lessen that lady’s load. I was upset at the beginning knowing that their help was the only help I needed to show how much discrimination and harassment occurred at work from those people who held high positions and were used to doing everything in their own wisdom, even if such actions or words were not right, propelled them to keep repeating such knowing that they could get away with it.

As soon as I got home after trying to go to this government office, about a little over an hour away, I called my work to verify when I would be scheduled to work. The Charge Nurse at the desk just informed me that another evening shift nurse had quit. He had faced a tough battle, too, I was sure of that. From our supervisors.

Waiting for 2 years, I thought for sure, that I would get that help I was expecting for. And that was what upset me when the lady called me and told me I couldn’t do anything because I accepted the Per Diem position according to my employer. Despite my response that I was given no choice and accepted under duress because otherwise, verbally and written by those people, not accepting the offer would mean termination on my part. I asked her if that was not considered a demotion of my position since I lost all of the benefits a regular job status had. She did not know what to say. She promised she would get back with me. But that promise was replaced with a letter instead that arrived from the mail.

I wasn’t even given a chance to be able to bring it to a federal court. No wonder, no lawyer would pick up. There was a time frame. If I didn’t make it, that was it. I lost this case. Forever.

I wanted to fight. Knowing that no one monitored these people also from the government. But the process was not always easy. It was hard to get an appointment to see the Director. I tried personal visits. Emails. Phone calls…Nothing…I knew my case became just an “statistic”…Among those cases closed.

Over the course of this ‘waiting period’, I gathered my strength from God’s truth. I knew from the beginning how tough the battle would be because of corruption in this world. What powerful people thought of their victories are actually what enslave them. Pride. Power. Their own wisdom and strength. Those can easily be their own bondage. And when entangled, one could easily be trapped.

If I may seem to quit battling this people, I would never consider it a loss. I felt already I had the victory even from the start. No matter what the outcome was. The process might be painful but this same process had drawn me closer to Jesus. And in Him, there is truth!!! And the word of truth is the water of life. It refreshes one’s soul no matter what it is facing in life...Ahhh… The rivers of grace and of His mercy…Because of them, going through a trial is a must. That’s when the eye of faith is tested. That’s the chance for a soul to prosper. What this world says is not true. That a man’s lowest point is when he’s facing the darkest times of his life. But in God’s eyes, through persecution and those lowest times are the periods when souls can truly prosper and be at their best health.

Yes, with God, our worst things are often our “best things”. For with wicked man’s mercies come unpleasant things but what hidden blessings found in a righteous man’s cross!!!

Yes, I will quit. With this case if it comes. But I will not quit to persevere.

Because doing so brings me closest...To His cross...That of Jesus'...