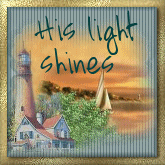 I'm always grateful that Sitka always remembers this blog and gave me an award today. Please try to find time to visit Sitka's blog and be encouraged of how God is using His creatures, humans and "furry creatures" for His glory!

The purpose of this blog is for me to be used by our good Lord to make His love and grace known. But there are many out there who are truly reflecting God's light in powerful way! I would love to pass on this blessings to these blogging friends I have met who I think deserve this award. ["It's for You Lord! It's all about You!]...

SisterBeautifulSelf whose inner beauty she entrusted to the Master Surgeon Who fixed the flaws inside.

SisterAlleluiabelle whose humble spirit she offers to the Lord and through her writing, will lift others up.

SisterSmiles as I want to call her, if you need a laugh when feeling crushed, check her blog, you don't even need to read her post. Just look at her welcoming, infectious smile that spell "S-H-A-L-O-M".

SisterAndrea whose writing she wants to be used by the Lord to make Him more and more known but less of her.

"Does it bother you?," asked a medium-built man, sitting so still on one of the blue-clothed rows of chairs used for sick calls [when inmates have medical complaints and are to be seen either by the nurse or doctor]. His hands on a closed fist behind him, gathered by the silver metal handcuff, a trickle of blood started falling from a superficial laceration on top of his left ear lobe, while the area around it was starting to discolor and turning bluish. 6 pairs of muscular arms were holding him down, two of which were supporting his head to prevent him from banging his head on the wall, which he just did.

"What do you mean by asking me that? What is supposed to bother me?," I asked in a probing way, medical-fashion which was the start of our assessment with his mental status.

"Them! These deputies holding me down. I can't move. I'm not doing anything," was the quick reply, the pair of blue eyes would not try to meet at my level and kept his vision fixated on the wall across his face, avoiding to look at me. Same pupils that tried to stare with a blank look and trying to intimidate me. [It wasn't working! You won't scare me. I have Christ in me...I'm thinking to myself].

All of a sudden, he got more restless and was trying to elude the firm grasps on his head, his shoulders and his legs. He ended up lying face down on the floor, now the bodies of 3 deputies in one row, from his head down to his legs, their knees pressed firmly on the middle part of his body as a few extra ones were gathered around for extra back up if help would be needed to try to subdue this man, whose behavior wasn't making sense to any of us.

We asked if he was a heavy drinker [after taking all the vital signs and everything like blood pressure was not that bad, no fever, etc]. "Yes, I drink a lot!," was the quick reply.

"That's it!," exclaimed the charge nurse last night. "We're sending him to the hospital to be evaluated." As she was saying that, other medical staff [including me] continued to assess his mental status. To our surprise, he was answering appropriately this time. He knew his name, he knew were he was and he knew what was going on. A minute later, he was bizarre, not answering questions, and was very emotionally labile. [I started thinking if it wasn't a psych issue, he was "possessed" like those kinds you'd see from scary movies. But I won't glorify that. I would rejoice knowing the Power that comes from the Lord. "By God's grace, I am what I am..." ].

Half an hour later, the sound of rushing 4 wheels of a guerney emerged to view as it passed the double metal door. 2 guys dressed up in blue uniforms, toting a heavy huge bag equipped with all emergency kits, halted and started asking the same man.

Wow! He was answering appropriately! He was calm and told them "No! I don't drink alcohol!" The emergency service were looking at our medical staff with that kind of "lost-look" in their eyes, asking quietly like "What's the problem then?" The deputies holding him down couldn't answer, as they witnessed, too his unusual behavior. Talking about a "yin-yang" behavior well presented.

What's the point of this story? The man acting confused, uncooperative and weird, then few minutes later, very well-oriented to place, name and time, cooperative and answering the paramedic's questions, shows how any man can be unstable in many ways. It's not the first nor the last incident:


"Most of the crowd spread their coats on the road ahead of Jesus, and others cut branches from the trees and spread them on the road. He was in the center of the procession, and the crowds all around Him were shouting, "Praise God for the Son of David! Bless the one who comes in the name of the Lord! Praise God in highest heaven!" [Matthew 21:8-9; Life Application Bible].

"The entire city of Jerusalem was stirred as he entered, "Who is this?" they asked. And the crowds replied, "It is Jesus, the prophet from the Nazareth in Galilee." [Matthew 21:10-11].

"Meanwhile, the leading priests and other leaders persuaded the crowds to ask for Barabbas to be released and for Jesus to be put to death. So, when the governor asked again, "Which of these two do you want me to release to you?", the crowd shouted back their reply, "Barabbas!" [Matthew 27:20-21].

"But if I release Barabbas, "Pilate asked them, "what should I do with Jesus who is called the Messiah?" And they all shouted, "Crucify him!" "Why?" Pilate demanded, "What crime has he committed?" But the crowd only roared the louder, "Crucify him!" [Matthew 27:22-23].


The crowd's rejoicing mentioned above marks the celebration of "Palm Sunday", which happened to be today, the 5th of April. It signified the first time Jesus entered Jerusalem and boldly declared Himself as King and the crowd gladly joined Him. Same people who would bow to political pressure and desert Him in just a few days, wanting Him to be crucified.. -[some from footnotes from Life Application Bible]. How unstable people's ways are!

What's the condition of our hearts? Can we truly and boldly declare our love and faith for our Lord Jesus Christ, even when faced with pressures of unbelief around us? How deep is our love for our Redeemer Who gave His own life to pay for our sins?

If faced with pressures of unbelief, can we boldly and loudly roar "Crucify! Yes! Crucify our sins on the cross!"

Yes, we are weak but it is His grace that will always sustain us to be on guard for this acclaim that we need to share with others who are still unstable in all ways.

Isaiah 25:9 -"This is the Lord , in Whom we trusted. Let us rejoice in the salvation He brings!"

Galatians 5:22 -"When the Holy Spirit controls our lives, He will produce this kind of fruit in us:love, joy, peace, patience, kindness, goodness, faithfulness, gentleness and self-control."
Inspired: 4/05/2009 07:22:00 PM No comments: