We Have The Mind of Christ

I was a new nurse at that time and was assigned to one of the prisons in this County I worked for. Not being familiar with most of the custody staff and lay out of that jail, I just trusted in the Lord that I wouldn’t be afraid because He would be my guide in that new place.
Feeling confident every night that I used to work, I heard the radio paging for the Facility Nurse to go to a “mandown” [medical emergency]. I answered promptly and had asked the deputy who called to keep clicking the electronic control that would open the cell. That way, I could follow the sound and be able to reach the fallen inmate.
The man was young. I had found him unconscious on the cold floor. He was diaphoretic but I felt the carotid pulse beating and he was still breathing. According to other cell mates, he spoke of Spanish only, which would make my assessment even harder if he was conscious due to language barrier. Fumbling for a tiny pen light I always carried in my lab coat’s pocket, I started flashing the non-blinding light to both of his pupils to check his neurovascular status.

I saw the deputies surrounding me started talking with their eyes as if I wasn’t doing anything to help out the downed inmate. They probably were anticipating for me to start an IV right away or whiff that ammonia by his nostrils to try to wake him up. They didn’t understand that what I was doing was vital in my over-all assessment prior to me calling the ambulance and the ER doctor. Without hearing any word, I could tell by their gestures that they were making fun of me. But that wasn’t important because I had a life I needed to save that moment that mattered the most!
The man’s pupils were so dilated. They were not constricting or reacting the way they were supposed to when I shone the light over each of his eyes. The cell mates denied him falling and hitting the head. They didn’t think he was on any medications.
I called for the ambulance and they came immediately to take this young man to a hospital. I was off for a few days and when I went back, the same deputies who was there with me that night were smiling as they said “hello”. I felt so much respect with their tone of voice. My co-worker who was an LVN was the one who told me that I was indeed the talk of the deputies on my days off because they didn’t understand why I kept shining the pen light over the eyes of that inmate when he was unconscious and it seemed like I wasn’t doing anything. To make it short, they were making fun of me! Not until they found out with what happened with the inmate when he got brought to the hospital…
The inmate ended up being hospitalized and never woke up. He was put on life support. Diagnostic x-rays revealed he had a big tumor in his brain. When I sent him out, I had written in the note for the ER doctor that his pupils were not responding to the light. Obviously, that meant there was something wrong with his neurovascular status. That was how they ordered whatever necessary scans that discovered this huge tumor and treated him accordingly. 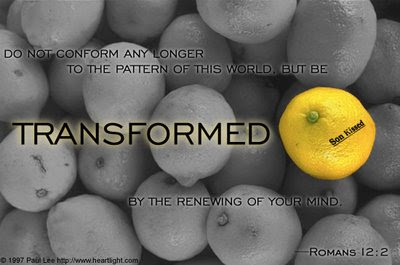 Those who don’t know the love of God are acting in the same way as those deputies. How often have we heard this favorite verse from 1 Corinthians 2:9 –“No eye has seen. No ear has heard, and no mind has imagined what God has prepared for those who love Him.”
If we open our Bibles, let us not stop in that verse alone. Let’s keep reading further…
Verse 10: But we know these things because God has revealed them to us by His Spirit, and His Spirit searches out everything and shows us even God’s deepest secrets.
Verse 11: No one can know what anyone else is really thinking except that person alone, and no one can know God’s thoughts except God’s own Spirit.
Verse 12: And God has actually given us His Spirit [not the world’s spirit] so we can know the wonderful things God has freely given us.
Verse 14: But people who aren’t Christians can’t understand these truths from God’s Spirit. It all sounds foolish to them because only those who have the Spirit can understand what the Spirit means.
Verse 15: We, who have the Spirit understand these things, but others can’t understand us at all.
Yes, we can’t imagine what God has in store for us. But for now, because we have His mind as the Holy Spirit works in us, He comforts and guides us. We know what we are hoping for: an eternal future that awaits us and encourages us to press on in this life and endure any hardships.