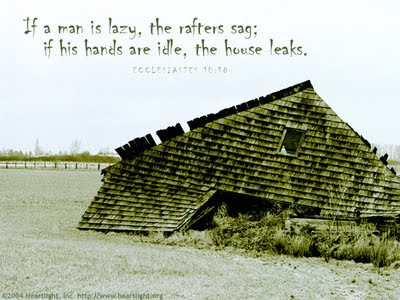 Sitting in front of the computer monitor, the “acting charge nurse” was busy browsing in the Internet. She was looking intently at some of the nicest, expensive purses on line, hoping to find what she could buy.


There were times her eyelids couldn’t hold it any longer. Her neck stayed stiff but her lids were closed, dozing off to oblivion of sleep and merely forgetting what she was expected to do at her workplace.


In the nearby medication room, all the LVN’s were busy sorting out the medicines for the inmates. Picking up what was not needed and tidying up the room a bit. Taking this opportunity of stillness that otherwise would not be done if they put it off.


Two of us were busy putting the doctor’s orders into the computer. There were a few more charts in a big bin. While we also took our turns seeing inmates requesting to be treated at any time.


As I was treating a pregnant inmate inside the exam rooms, I went to grab the fetal scope and as I opened the other exam room, I was surprised to find out that the other nurse was taking a break there.


I apologized to him for I knew how hard he was working. He didn’t even need to be told what to do. He just would pick up whatever needed to be done and patiently would finish. No complaints. Not even one.


As I was applying the cold gel on the inmate’s abdomen and readied the scope, this acting charge nurse came yelling, sort of in a panicky mode.


[I knew that we could get the other nurse if there was an emergency. But knowing that this nurse was just lazy, the total opposite of the other nurse on a break, I replied:]


Laziness…Where do I start? If I was upset with the laziness that goes on around my workplace, I know that the Lord despises it! If the Lord ordained work for men, then laziness is a sin!


Read what the Bible says about “laziness”:


~ And what a time and energy waster! [Proverbs 18:9 - “Being lazy is no different from being a troublemaker.”]


There is no room for laziness in this Christian life we must live. We know that our labors will be rewarded by the Lord if we persevere with diligence.


[Galatians 6:9-10 - “Don‘t get tired of helping others. You will be rewarded when the time is right, if you don‘t give up. We should help people whenever we can, especially if they are followers of the Lord.”]


We should labor using God’s strength to evangelize and disciple. [ Paul said in Colossians 1:28-29 - “We announce the message about Christ, and we use all our wisdom to warn and teach everyone, so that all of Christ‘s followers will grow and become mature. That‘s why I work so hard and use the mighty power he gives me.”].


“My dear friends, stand firm and do not be shaken. Always keep busy working for the Lord. You know that everything you do for him is worthwhile.“ - 1 Corinthians 15:58