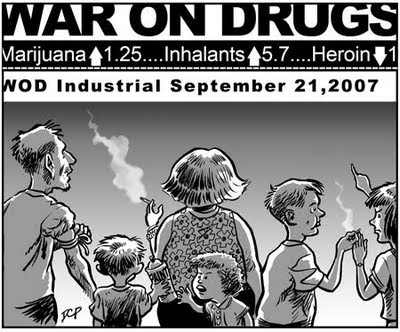 A pair of green eyes were watching me intently as I took his vital signs. The deputy was nearby to guard me. There was something odd about him. He answered appropriately when I asked him questions, yet, his behavior would go from silence to an instant giggling at times. He just came back from the hospital and got treated for a smashed nose and his odd behavior, as a result of substance abuse.

Prior to him being sent to the hospital for evaluation and treatment, two deputies wheeled the guerney where he was strapped. His nose was bloody and kept on bleeding. He wasn’t sure what happened. The deputies warned us that he was spitting on them earlier. And that they saw him hit the door of his cell.

I grabbed a few 4x4 gauze sponges and put pressure on the bridge of his nose. He slid down a bit but the deputies didn’t want to remove the handcuffs for our protection. It was difficult to obtain his blood pressure, as the sensitive machine sensed every bit of his restlessness. He was arrested for assaulting a police officer. His drug test came back positive for marijuana use.

Medical marijuana is a sensitive issue. As it helps a lot of terminally-ill patients, there is also a big chance that it would be openly abused by the wrong crowd. Though it has been being abused before, especially by younger generations. Some people don’t think that marijuana can harm someone.

But marijuana’s side effects can be as simple as an increased appetite to a more complicated medical condition like lung cancer. It can cause a toxic psychosis, which perhaps, explained what that young man I treated was going through. Users can have hallucinations, delusions, and a loss of self-identification.

Marijuana can wreak havoc in the brain when used habitually. The ability to learn, remember and adapt to changes may be impaired. It may cause depression that makes the person use it more, to obtain a quick fix…

Those green eyes kept staring at me, but I didn’t want to provoke any unwanted attention. I shied away, but with a firm voice, I told him what would be done for him, though every word I uttered seemed to have just gone out his other ear. I didn’t let his constant giggling annoy me. I just knew. It was wiser for me to not notice that behavior.

He was escorted back to the unit. Half an hour later, the deputies in that unit were requesting for the medical staff to put this 18 year old man, with unpredictable and unusual behavior to be re-housed for a psychiatric evaluation. It was just risky to house him with some inmates. Either he would hurt someone, or he’d be the one to get beaten up.

Those green eyes…So beautiful. But deep inside. Were unable to see.

Christians are to be good stewards of what God has entrusted to us.

Does that include our bodies? I think so…For using drugs destroy the health: physically, mentally and emotionally.

What’s your take on “medical marijuana?”