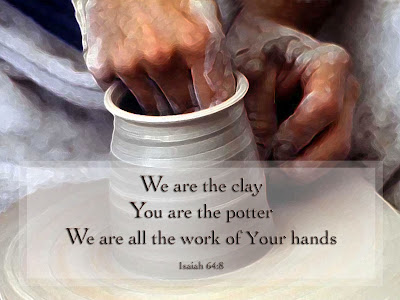 I saw the dried, red specks of blood on the shiny floor near the Infirmary’s third entrance door. It was the result from a diabetic, young male, who had been incarcerated for a while and knew his game very well.


Refusing his blood sugar checks and insulin ordered by our jail doctor, he would wait until his sugar became so dangerously high to attempt to make a complaint and made it his ticket to go out to the county hospital.

The nurse who saw him was tired. Of all his manipulations. Everyone knew…it was all a game. I never met him. I just knew his name very well when I would call the hospital for updates at times he was admitted for a few days for his treatment and stabilize his sugar. Until…

A muscular, young deputy was walking behind the Clinic. I saw him…Yeah...Mr "M"...Through the window reflecting the activity inside the Clinic. He had a short, curly hair. A very observant pair of eyes scanning the corners of our place. And a smile…Actually, perhaps, a smirk. Walking in a slow pace as his hands were cuffed, he was already sure he would be sent out to the hospital because he said he wasn’t feeling well.

The nurse started taking his blood sugar which was high as it was not a surprise to us. Despite his vital signs being normal, that had always been the main problem and his weapon to go out as he wished to. The nurse was determined though…not to send him out because there were measures she could take before it would be necessary to send him to ER.

I wanted to be involved. I wanted to question him regarding his intention. I wanted to let him know that what he felt as victory on his side actually was harmful and a loss…To no one but himself…But I remained silent as I heard him talked back, not only to the nurse but also to the deputy who had escorted him.

“You guys need to bring me to the hospital. I know I need IV fluids and some other medications!” he yelled.

“Shut up, M!” intervened the deputy.

“That’s what you think,” the nurse replied.

“Have you forgotten you had signed all those refusal forms because you were not compliant to the doctor’s orders every time? You know it means that we are not responsible if anything happens to you because you are willing to take that risk of being sick and maybe even die?”

“I am Jesus Christ! I am not going to die! I am to live forever!” he echoed back, his last reply hitting me like an arrow as I walked to where he was sitting and that was when I decided not to join the conversation. There was truth to what he said.

That “Jesus Christ is alive forever!”

Except…He was not Jesus Christ!

And as he yelled and would not cooperate to be still, 2 other deputies wrestled with him to make him calm down. I wasn’t sure where he was hit…But the drops of blood were splattered on the floor. It must be from his finger that was just stuck from the needle when the nurse checked his blood sugar.

The doctor decided to see him when the nurse consulted him over the phone. Despite his refusals and knowledge of the consequences of his choice, that was our code of ethics… As medical professionals, we are committed to devote ourselves to the welfare of lives on our hands.

Destruction is certain for those who argue with their Creator. Does a clay pot ever argue with its maker? Does the clay dispute with the one who shapes it, saying, ‘Stop, you are doing it wrong!’ Does the pot exlaim, ‘How clumsy can you be!’ – Isaiah 45:9 (NLT)

The created object has no right to demand anything from its Creator. Man’s existence depends on Him. And that is the only way…to keep his pride in check. Pride which results in his downfall. Pride with any personal achievement brings one to nowhere. Instead, one needs to be still and be silent before Him…Jesus…And plead for His mercy and grace.

God is our Supreme Ruler whether we are going through trials or not. We can thank Him on good times and still do so during bad times instead of resenting them. For trials can be opportunities to learn what impurities need to be removed so our lives can become better servants of God…

Our doctor was not there during nights so no one is there to answer this manipulative inmate’s demands. I stopped probing what was in his heart because at that time, I just wished he would submit and be compliant to what was best for his health...

But God is here, all the time. With His Word, He has an answer to those demanding answers from Him:

“Do you question what I do? Do you give me orders about the work of my hands? I am the one who made the earth and created people to live on it. With my hands, I stretched out the heavens. All the millions of stars are at my command.” – Isaiah 45:10

Lord, forgive me and help me surrender my life to You daily...