Every second was becoming intense for every Nursing staff ready to assist each other. As I stood close to the Supervisor who was becoming more upset every second that had gone by. In front of us, a pregnant inmate was crying in pain, turned to the left side as we already started the Oxygen to boost her air supply in her lungs that went through those 2 prongs inside her nostrils. The IV had been slowly dripping, drop after drop of Normal Saline to hydrate her. Still…No sign of any paramedics. The Supervisor had called for “Code 3”. The highest radio call which meant the situation was of top priority and emergent in nature.

“Awww! I want to push!” the lady’s wail interrupted our soft, frustrated conversation.

“Nurse R., please direct me what to do if the baby comes out. I was an Orthopedic Nurse, not an OB nurse,” I reminded the Supervisor, ready to lead the impending birth of a “son”, the inmate’s 7th pregnancy.

The supervisor knew, the baby could come out any minute, as we smelled a strong smell of lochia slowly filling the entire exam room.

Trying to interrupt the inmate’s urge to push, I tried talking to her. As the other nurse softly whispered to her right ear that she was doing a great job of trying to relax, as the nurse’s right gloved hand massaged the inmate’s lower back.

“You don’t have to answer me if you don’t want to…but I’m just wondering, do you have a name for him ready?” I continued.

Without a pause, she smiled and replied, “Malachi”.

“Beautiful! Was that from the Bible,” I probed.

“Hmmm….I just liked the name when I heard it so I chose it,” she uttered, in between her struggling breaths, trying not to push.

“They’re gonna’ be here soon. So hang in there, okay?” everyone coaxed.

The supervisor had called again the number to the jail’s Bridge. To get an update of what was going on for the delayed arrival of emergency crew. We heard over the radio, some of them went to another prison, instead of coming to ours.

The supervisor complained to the ambulance service. She said it wasn’t right because we were not equipped with more medical supplies and our facility just didn’t have any hospital sort of equipment.

Finally, as she hang up the phone, 2 paramedics showed up, dressed in blue uniforms. Not saying much. Perhaps, they knew they were in trouble. As we praised the pregnant inmate with her patience and trying to be strong, they immediately wheeled her out and we heard she was brought to the nearest hospital. Not even to our county hospital as her baby’s arrival was more imminent at that time.

The buzzer rang on the female side of the Infirmary. As the deputy popped the heavy metal door open, along came 3 firemen asking where the pregnant female was. But it was too late. She had left. After their failed response, one scratched his head and I could feel the rest’s embarrassment. They knew…They were a failure at that moment. Maybe they were tired. Some still looked so sleepy. But it was no excuse if one’s job was to respond to emergency. Because it could be a matter of life or death. 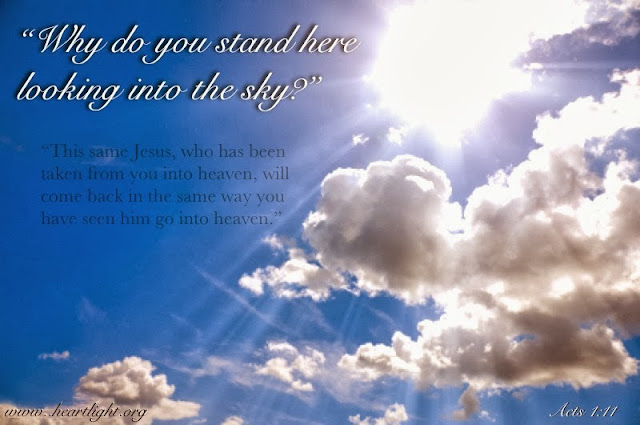 When Jesus returns, His imminent arrival will be a surprise! May we never be found asleep and instead, always ready for His return!