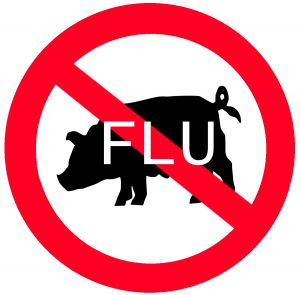 “Give him a mask,” I suggested to the Intake Nurse as I went there to help her out in screening newly-arrived arrestees. I distanced myself far away from this man when I was screening another arrestee and my attention got caught by his coughing.


This particular young male she was screening for health problems was coughing until he threw up a little bit. He stated that he had been sick for five days but he never sought any medical treatment.


Aware of the prevalence of the “swine flu scare” that we had recently, despite the vital signs being normal except for a mild fever, putting a mask on him was what first came to my mind as the number 1 intervention. Doing so would prevent others from contracting anything if that inmate happened to be contagious.


The other nurse kept sitting close to him. She didn’t seem to listen to my suggestion. Hesitantly, she felt like sending him to the hospital. She phoned the charge nurse for her second opinion. The whole time, the inmate continued to cough without a mask on.


“Sir, will you please cover your mouth whenever you cough?” I commanded.
Upset with his latest arrest, he seemed to purposely cough louder and tried to draw attention to scare others nearby. He was admitted and the nurse placed him for the doctor’s sick call that morning. Still without agreeing with my suggestion of giving him a mask.


When I went back to work that night, I learned about the chaos that ensued. The doctor ended up sending that inmate to the county hospital because he had swine flu symptoms. Swabs were done on him and the custody staff who came in contact with him. The nurse who saw him wasn’t aware since she was off that night and work had failed to try to get hold of her. No one was answering her home phone. As a precaution, some deputies were started with Tamiflu, the antiviral medications that hopefully, would prevent the staff from getting sick and whoever was exposed with him.


All the high ranking officials and medical staff’s highest supervisors were notified. The actions came swiftly to contain those who had contact and treatment was initiated in no time.


I was grateful to know that we had that kind of response. But deep inside, I knew in my heart that this chaos would have been prevented if that inmate was given a simple mask and isolated from others.


That morning, I called that nurse early and didn’t care if I had to wake her up. She needed to know because I knew that she was exposed herself. Pending the result of the swab, it was her option to take the Tamiflu or not. She didn’t bring up about my suggestion but I felt her anxiety because it became a big problem. I sensed she was afraid if she would get in trouble as supervisors were all notified.


Why are we selective when it comes to hearing God’s Word? We know His ways are best for us but somehow, we ignore His warning. We do what we think we know is right. But oftentimes, our actions come back to either haunt us or hurt us.

4 - “Take my words to heart. Follow my instructions and you will live.”

5 - “Learn to be wise, and develop good judgment. Don’t forget or turn away from my words.”

6 - “Don’t turn your back on wisdom, for she will protect you. Love her, and she will guard you.”

7 - “Getting wisdom is the most important thing you can do! And whatever else you do, get good judgment.”

8 - “If you prize wisdom, she will exalt you. Embrace her and she will honor you.”