Psalm 103:6 -"The LORD works righteousness and justice for all the oppressed."

Psalm 140:12 -"I know that the LORD secures justice for the poor and upholds the cause of the needy."

Luke 18:17 -"And will not God bring about justice for his chosen ones, who cry out to him day and night? Will he keep putting them off?" 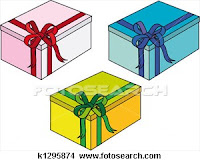 I received a nice gift box from my husband the other day. He said there was no reason for that but "just because..." No! It wasn't my birthday yet.

I stripped the nice ribbon slowly and opened the nice box, taking a peek with much anticipation and thrill. To my surprise! There was a rotten egg inside the box. It wasn't even funny. I got upset! Why would he do that? He said, "I don't know..."as he started scratching his head. My heart just sank when he said that. "How could you not know the reason before putting that egg inside that box?," I asked him in disbelief.

Looks can be deceiving. The nice gift box that I thought would have a nice surprise inside contained something that was "rotting".

Dear friends, the above event was only imaginary... But I was upset when I read this particular "true" story from sister Andrea's blog. Please check out her post about the "Blue Box" if you have an extra time.

The 11 year old boy who has dyslexia was punished by the teacher by putting him behind that "blue box" that seemed nice on the outside. This was done in front of the whole class and he was put on "silent lunch" and no recess for 2 days. When that boy's parents confronted the school, no reason was given up to this writing time why that punishment was done. 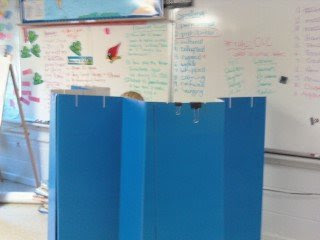 Look at how it looked like behind that nice blue box: 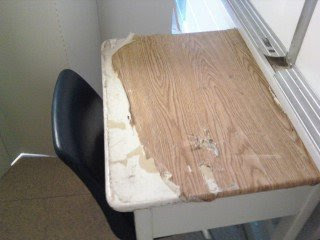 When his parents brought him to the doctor, in tears, the boy told the doctor, "I am just retarded. There is no hope for me."

Dyslexia in psychology is a developmental disability in reading or spelling but it is not an intellectual disability. That boy doesn't have an incapacitated mental state! He might have difficulty reading or hearing but he has a mind that understands! But whether that boy has dyslexia or not and God knows how many other children were treated to sit behind that blue box, this is an act that is detrimental to these children's well-being.

As most of you already know about this, please continue lifting this family and that this form of punishment should be stopped. Pray that the boy's parents would get an answer to why the school resorted to this form of punishment. Most of all, pray for the boy, Colton, to be restored by the healing touch of our dear Lord.

Let the boy's words "There is no hope for me..." echo in your hearts so that we can continue to petition for him until our prayers are answered that "there is hope Colton...there is..." God bless.