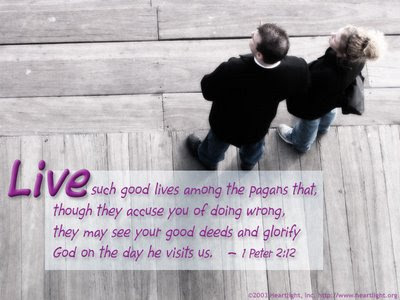 The inmate kept pouncing on his cellie’s [cell mate] head. The one being hit didn’t say anything. It was not that he was afraid of him, but he just wouldn’t speak up. Maybe he was trying to elude getting into more troubles if he told on his attacker. He sustained a few welts on his head. He didn’t lose consciousness but he tried to remain cool.


Stretching his achy body, the victim tried to go back to his bunk bed, only to be blocked by the other inmate again. For no apparent reason, his attacker bit him on the area where he wasn’t supposed to be bitten. This time, he suffered enough!


Curling his fists and making the knuckles tighter and harder, he hit the attacker back. One…Two…Three…Hard punches on the attacker’s face until he lost count.


The fight was noticed by the controller inside the bubble. He alerted the deputies, who immediately went into that cell and broke that fight.


The first inmate came to the Clinic. My co-worker volunteered to treat him.Few minutes after the first inmate left, the deputy wheeled an inmate with obvious injuries to his face. His right eyelids were shut close. Complaining of pain, he was attempting to open his eyelids to no avail. There was a superficial laceration on his mid-forehead and obvious, scattered contusions were visible on his upper mid-chest and bilateral sides of his forehead. His nasal area was blue but there was no deviation. Great air exchange could be heard through his nostrils. He was beaten up really bad!


His main complaint was him being unable to open his right eye. Making him helped me by holding a small basin against his right cheek, I patiently irrigated his right eye with a special wash. Few minutes later, he was able to open the right eye. The conjunctiva [white area of the eye] was mildly-red. He looked messed up and anyone’s initial reaction, perhaps, was to feel sorry for his visible injuries. They made him look like he was in pain. Unfortunately, he was the “aggressor“.


It was the wee hours of the morning. This inmate should have been sleeping. One was trying to scare the other for no reason. Maybe he was also trying to establish control and power in that particular tiny cell they both shared. The other inmate was provoked and he had no other choice but to save himself. So he did by fighting back!


That aggressor couldn’t open his eye. Like many people who are blind, they are not willing to believe in Jesus. They want to follow their own power. They think they have things under their own control.


Long ago, Jesus was also hated by this blind and aggressive world. The religious leaders accused him of blasphemy, tortured him by multiple whippings and sentenced him to die in the most embarrassing way - “crucifixion”. Where were Jesus’ friends/followers, you wonder?

They were afraid to speak up!!!


Jesus warned us, as we become His followers, we can expect that many people will hate us as well. But we must remain courageous and always ready to speak up for Christ! Speaking up doesn’t mean we will be involved in heated arguments. If our actions are above reproach, even hostile people will end up praising God.


“It is God’s will that your good lives should silence those who make foolish accusations against you.” - 1 Peter 2:15


“Don’t repay evil for evil. Don’t retaliate when people say unkind things about you. Instead, pay them back with a blessing. That is what God wants you to do, and he will bless you for it.” - 1 Peter 3:9


14 - But even if you suffer for doing what is right, God will reward you for it. So don’t be afraid and don’t worry.


15 - Instead, you must worship Christ as Lord of your life. And if you are asked about your Christian hope, always be ready to explain it.


16 - But you must do this in a gentle and respectful way. Keep your conscience clear. Then if people speak evil against you, they will be ashamed when they see what a good life you live because you belong to Christ.