I would like to dedicate this post to all the veterans and everyone in the military and law enforcement agencies who unselfishly serve and risk their lives to preserve our freedom. May God bless you all and protect you.


“Can we have more coffee, deputy?” asked one inmate as he managed to slide his small cup through the metal bars in his unit.

The deputy told one of the inmate workers who brought the early chow [breakfasts] if he could pour some coffee into that inmate’s cup, as others followed.

As chow time got done and inmates started giving their trays back, the deputy led the other inmate workers in, into that particular cell so they could start collecting and counting the plastic spoons used.

“What the?….What’s this?” exclaimed the deputy, as he saw many cups with coffee under some of the inmates’ bunk beds. They belonged to those who had asked for extra servings. They didn’t drink the coffee but instead, hoarded them…Just because…

This was their way of stealing items so that the county would end up spending more. Sometimes, upset with being incarcerated, and feeling that they didn’t deserve that jail time, this was what they would do.

The deputy was upset and started taking names of those who were responsible for the wasted cups of java.

As he left to collect the other trays from other cells with the inmate workers, one inmate in that cell uttered, “So what? It’s our right to have that cup of coffee and whatever we want to do with it, should be okay.”

Some of us are like those inmates. We often excuse our own selfishness, pride and other bad things we do by claiming our rights. Some will say:

“Well, I can have abortion if I want to. This is my body and I can do anything I want to with it.”

But as believers and followers of Christ, these attitudes do not apply anymore to us. We should have that kind of attitude that enables us to lay aside our rights in order to serve others or think highly of others than ourselves.. If we truly want to follow Christ, we must reflect his character, his humility as we serve. To the point that it may mean that our efforts are not recognized at times.

So, are you clinging to your rights or are you willing to serve and think others higher than yourself?

5-8Think of yourselves the way Christ Jesus thought of himself. He had equal status with God but didn't think so much of himself that he had to cling to the advantages of that status no matter what. Not at all. When the time came, he set aside the privileges of deity and took on the status of a slave, became human! Having become human, he stayed human. It was an incredibly humbling process. He didn't claim special privileges. Instead, he lived a selfless, obedient life and then died a selfless, obedient death—and the worst kind of death at that—a crucifixion.

9-11Because of that obedience, God lifted him high and honored him far beyond anyone or anything, ever, so that all created beings in heaven and on earth—even those long ago dead and buried—will bow in worship before this Jesus Christ, and call out in praise that he is the Master of all, to the glorious honor of God the Father.
Inspired: 11/10/2009 05:58:00 PM 19 comments: 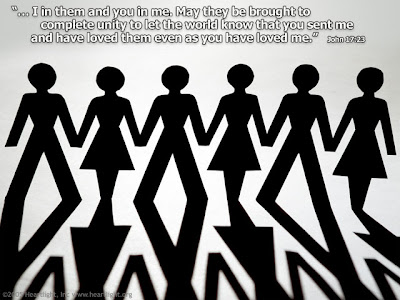 I am blessed and honored to be featured by sister Tracy at Abundant Living for her today's post and the birth of a new idea given to her by the Lord. Please follow me and meet another great sister in Christ here, if you haven't met sister Tracy, go check her site out. To God be the glory always and forever!
Inspired: 11/10/2009 05:11:00 AM 5 comments: