“Nobody trips over mountains. It is the small pebble that causes you to stumble. Pass all the pebbles in your path and you will find you have crossed the mountain.” ~Author Unknown

“That’s the only thing,” I vented to one of my co-workers I used to work with when I used to work nights before my superiors had transferred me to a Per Diem position, “My process would take a very long time. Only God knows when it even starts…But I’m not going to quit!” I whispered.

She was one of our medical secretaries who saw my struggles when my battle began. Despite the grapevine, she knew the truth of what was going on with my situation. She knew because she cared and encouraged me the moment she found out.

“Just keep fighting,” she would always tell me. I felt her encouragement arose from our brief moments of “coffee breaks” after a hard night’s work. We would both pass by the nearest Starbucks and would each grab a favorite blended caffeinated drink because we both would drive a long distance from work. I started admiring her when I found out she was trying to help out her parents with their financial needs that she put aside her own dreams of marrying her long-time beau.

Smelling the aroma from the cups we were holding during one of those breaks, she uttered, “Don’t quit Rcubes. Your situation is like my dad’s. They (supervisors) did that to him too when he got hurt at work and wanted him to resign. Except my dad didn’t want the hassle and did not fight back.”

“Where is he now, if you don’t mind me asking?”

“Oh, he’s working some place else. But it’s too far from us. It’s in another state. But at least he’s happier.”

“Yes, we do,” she replied with a bead of tear formed in one corner of her eyes.

When I saw her again on Thanksgiving, night shift when I went to work, she approached me right away upon seeing my shadow. Her eyes gleaming with happiness.

“Hi, N…So good to see you. I’m doing well,” to her delight upon hearing my answer despite the what seemed to be a bleak situation I had been going through. Other ears, to our awareness, were listening. But we had the slightest care. It was good to look back and remember the heartfelt conversations we had about families and about our own struggles.

We parted that cold morning as we separated to go to our parked cars. There was no intention to get our favorite coffee but our hearts remained full of encouragement for each other’s struggles. They had never stopped caring for each other though I worked lesser hours now, knowing that we both needed to persevere in our life’s struggles. Hers. And mine.

I saw her back turned away from me as she opened her driver’s door in her car. And I thought to myself, I was looking at one of the greatest persons here on earth who knew how to persevere as she cared for her family and not even think about her own needs. She used to thank me for a cup of coffee I insisted on buying for her and that how much I encouraged her to be strong. Little did she know, she was the one who also inspired me as I looked at the accomplishments she was achieving, one by one, despite what was going on in her life.

And how true it is….that God is making something beautiful in a person’s life through one’s own struggles as one learns how to persevere. It is those who suffered the most that seem to be the greatest. 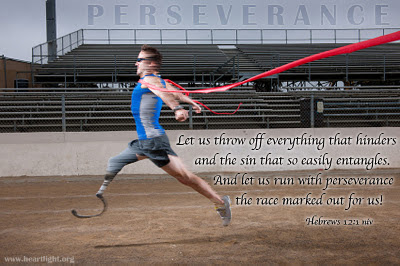