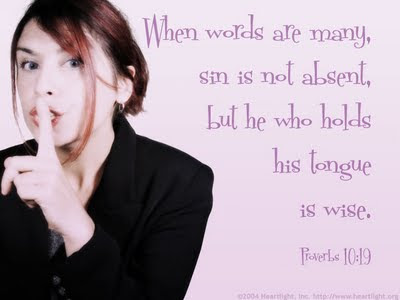 Sitting on one of the chairs used for sick calls, a young male was holding on to his upset stomach. With our medical secretary nearby, to interpret for both of us [between Spanish and English], he complained of not being able to keep his food down.

He was just incarcerated the day before. But he failed to inform the Intake Nurse [admitting nurse] that he had a habit of using massive doses of methamphetamines daily. So, he started going through some withdrawal symptoms that day. When night time came, he couldn’t stand it any longer and had requested to be seen by the medical staff.

All day, he wasn’t able to eat as he had been throwing up and had been going to the bathroom, afflicted with bouts of diarrhea. His vital signs fortunately were normal, except for his rapid pulse. My concern was that he was prone to being dehydrated because of his nausea and vomiting coupled with his diarrhea. And him, not being able to eat nor drink, the lost fluids were not replenished.

Night shift nurses were there to only see inmates with emergency kind of illnesses. His was not that of emergent but because of problems with dehydration, I told the charge nurse, I would go and treat the said inmate.

“Why are you seeing him?”, grumbled the deputy who needed to guard me as I treated the inmate. “So what if he’s withdrawing? Mother____!” “You use drugs and then, you come here to the jail and keep complaining. A-----!” “You need to throw up, then throw up! Jesus!”

I wasn’t saying anything. I knew in my heart that anyone who hasn’t fully accepted the Lord’s love would have the tendency to talk like that. And if that deputy is a Christian, that just showed how much we are in need still of God's grace and knowledge every day, to help our minds be renewed, our hearts transformed to His likeness.

As my emotions were building up, I asked the Lord for His wisdom in this situation that slapped my face. Immediately, I felt calm and sealed my mouth and felt I didn't need to speak until there would be a better opportunity to speak back, but not in the manner that would displease the Lord.

While getting the appropriate medications to relieve the inmate’s upset stomach, one LVN walked in as I was washing my hands and said sarcastically, “Well, the deputy wanted me to tell you for you to give TLC to that inmate.”

"This is it! This is the opportunity that the Lord whispered to my ears..."

Loudly, I responded, “Isn’t that my job? Not to judge but to give TLC to sick ones here?” I knew the deputy was passing by and I wanted him to hear me.

At that point, I walked out of the pharmacy and he was right there. He didn’t say anything but I intended for him to hear my response. He couldn’t look me in the eye.

The inmate took the medications and immediately felt relief. So he requested if he could go back to his unit. I informed him that the medications would continually be given for up to 5 days. He said “thank you” and walked away, not holding his stomach anymore.


James also reminded us about learning how to tame our tongue. Such a small organ but if we are not careful, it’s unimaginable to know how much damage it can do! Before we say anything, we must be careful that the words are not something we will regret later. It’s either you use your tongue to build up someone or hurt them. Your choice…Will you have a wicked tongue? Or will it be under control?

James 3:7-12 - “People can tame all kinds of animals and birds and reptiles and fish, but no one can tame the tongue. It is an uncontrollable evil, full of deadly poison. Sometimes, it praises our Lord and Father, and sometimes it breaks out into curses against those who have been made in the image of God. And so, blessing and cursing come pouring out of the same mouth. Surely, my brothers and sisters, this is not right! Does a spring of water bubble out with both fresh water and bitter water? Can you pick olives from a fig tree or figs from a grapevine? No, and you can’t draw fresh water from a salty pool.”


Please turn up your volume and enjoy this song of worship! To God be the glory!