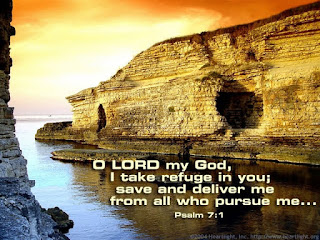 I looked the second time around and noticed that his gash on his right upper eyelid was not bleeding. But when I tried to separate the laceration, I could see that it was a little deeper and did need some suturing. I knew that if we had the Dermabond [a special glue used for some lacerations], that was the only thing that I needed to close the cut up.

This young male inmate claimed that he got up and being sleepy, he got dizzy and fell and hit his head on a metal part somewhere in his unit’s bathroom. Clutching the bloodied towel with his right hand, he kept the pressure until the deputy had brought him down to the clinic so he could be evaluated.

“Sir, before I send you to ER, may I ask if someone tried to hit you in your unit?” I probed.

“No, ma’am. Everything’s cool there,” he answered with certainty as he maintained a good eye contact with me.

“I’m only concerned with your medical issues. But sometimes, some of you don’t like to say anything. And I want to help you out on that aspect,” I explained.

Few hours later, he returned from the county's ER. His deep gash then, was cleanly put together with Dermabond by the ER doctor.

As I took his vital signs before sending him back to his unit, he nervously asked the deputy, “Sir, can you move me to another unit?”

“Why?” the deputy queried. “You didn’t say anything earlier if anyone had hit you, so I couldn’t do anything now,” the deputy continued.

He looked at me. He didn’t say a word. He started to realize why I probed him earlier when I first treated him. It was too late at that time. Because he denied any assault from other cellmates.

“Talk to your unit deputy,” I uttered. “I can’t do anything about it. But the deputy can.”

“Sorry, Ma’am…And thank you,” he answered while his fingers fidgeted a little.

Is there something so deep that is bothering you now? Eating your heart out? We are all weak humans. But we can talk to the Deputy anytime, anywhere and ask for His help to make us win our battles. God’s mighty weapons are available to us as we fight against the unseen enemies: prayers, faith, hope, love, God’s Word can break down any proud, human arguments against God and can break down any barrier that the spiritual enemy had created to keep us from being effective in fulfilling His work in us. God's salvation is right in front of us. It's on people's lips and heart. "If you confess with your mouth that Jesus is Lord and believe in your heart that God raised him from the dead, you will be saved. For it is by believing in your heart that you are made right with God, and it is by confessing with your mouth that you are saved." -Romans 10:9-10

“For though we live in the world, we do not wage war as the world does. The weapons we fight with are not the weapons of the world. On the contrary, they have divine power to demolish strongholds. We demolish arguments and every pretension that sets itself up against the knowledge of God, and we take captive every thought to make it obedient to Christ.”
- 2 Corinthians 10:3-5
Inspired: 9/02/2010 07:40:00 PM 10 comments: