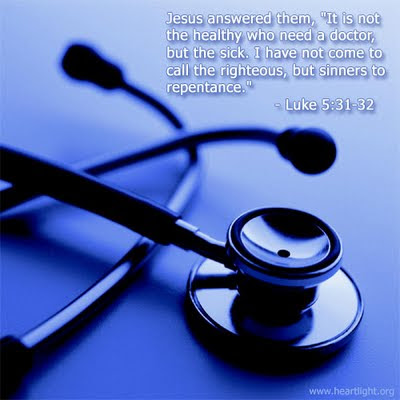 Wow…I couldn’t believe we had a quiet night this past weekend at work. It was just the usual paper works that we were accustomed to. Not too many sick calls. Then, the interruption…

“Good morning. Clinic. May I help you?,” asked our medical secretary. Her voice echoing in the waves of peace that blanketed that area.

“He is? Chest pain? Can your deputies bring him down here? Okay…Thanks…I’ll let the nurses here know,” as she ended the conversation with the deputy from one of the housing units.

Reviewing the chart, we found out that the inmate was still in his early 20’s, unlikely to have cardiac problems [except for congenital cases or other conditions precipitated by injuries]. There were no other recorded medical problems from the past since he was incarcerated.

One hour had passed and as I was readying myself to see the inmate, another call came in from that unit.

“No? What did you guys do that he is cured just like that? You guys are awesome!,” jokingly, the secretary uttered.

“Excuse me, nurse RCUBES. That inmate was told that it would cost him $3.00. All of a sudden, he told the deputies that he was okay and did not really need to go to the clinic.”

“Oh, okay. Thanks for letting me know. I’m just here so if he changes his mind again, I’ll see him,” smilingly I replied.

Most of the inmates faking their conditions or not, get upset to find out that they need to shell out $3 from their accounts, as a cost for being seen and treated when they request a medical attention. Whether they have the money or not, their requests are never denied as some cases actually turn out to be to worth being assessed and treated.


Boy, aren’t we like that? Got hesitant when we heard that we have to shell out our worldly ways in exchange of a life given to be renewed by the Savior. But this treatment wouldn’t cost a thing. He paid for it all, in order for us to live a life of freedom. Freedom from sins. It cost Him his life so we can live.

Just like our Infirmary being opened 24/7 in that correctional facility, His offer of hope, eternal future, of physical and spiritual healing, of starting your slate clean and smudge-free from sins, is always available!

The only thing left is for you to make that choice whether you want to be renewed or not….Yes, it does seem that we are giving up a lot when we surrender everything to Jesus. But I guarantee, your life wouldn’t be the same as you accept His gift of grace. Because you will start walking on the only right path toward living a joyful life…..that no matter what you encounter in your life’s journey, He is always right beside you…

He desires a personal relationship with us….He is offering His love, forgiveness, grace, mercy in exchange of your worldly things that do not have value. So, what’s the state of your personal spiritual account? Full or bankrupt? You make a choice…Because doing so is also His gift…