It's The Power Thing

“It’s the ‘power’ thing…”exclaimed some of the upset co-workers. One emotion I gathered from them with the now seldom hours I had been working with them in the prison since being given a hard time regarding my request to remain working part-time.
They were husband and wife who were both seated in the highest positions in our ladder. The husband got the highest position when the previous Nursing Manager left and immediately, his wife took over the position he vacated. They said it was temporary at first. Around that time, he made changes with the Night Nurses’ schedule. No one got affected but mine. His wife dealt and got involved with the plan regarding my request. All the accusing lies she also used as a basis to give me a hard time in order for me to quit on my own. It had been going on since December. But by God’s grace, I hang on. They accused me of lies, intimidating me by even putting me on a forced leave. They tried to use all of tactics to scare me in every way possible. I held tighter to God’s hands. Nothing happened. The pain I had to endure strengthened me more instead. It had increased my faith instead. It proved that trusting completely in His plan would never fail. Even in the worst scenarios, God proved to me many times, He was and will always be in control.
A memo was put out by the husband a month ago, informing everyone that his wife would take the position under him. A lot of people got upset and knew it wasn’t right. Some went to a specific committee that dealt with that kind of problem: conflict of interest.
Around that time, I wasn’t working as I was put on a leave and was not given a position by the same woman. Next thing I knew, she was not the Nursing Supervisor anymore, though she kept her other position. Hearsay now was many nurses were being moved around in our facilities, lots of swapping which would make some happy but others, angry. They couldn’t understand the Manager’s plans but they couldn’t do anything as he could do that and they were thinking it was all a retaliation for not agreeing with him, installing his spouse as our Supervisor.
All their pains happened to me first. I was the first to taste how evil “pride” could be if allowed to grow in one’s heart. It never saw any compromise. It only saw its own needs and plans. It felt good to see others get hurt instead of helping them out at times of needs. It always was right and never was wrong. It felt righteous when it was not. None of these changes surprised me as I foresaw way before what they wanted to do: total control and power. If someone did not agree, that person would not be liked at all. That was just how it worked. 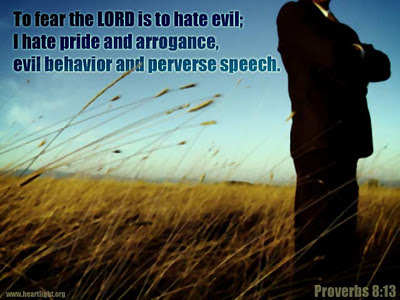 I never agreed. I knew the consequences. The worries and fear I gave instead to His scarred hands. To the One Who always saves!
The plans those couple and others in position did with my position would never stop me from trusting all the more with the One, the only One Who has the true power. His power is just. His power is righteous. His anger is righteous, yet He is quick to forgive and love and His ways are without bias!
“Jesus…”
He is calling all of us through His whispers, to allow us to see His just power and His gift of grace. Any walls of Jericho we allowed to grow in our hearts would never please Him. May His whispers, may His calling make the walls in your heart crumble.
“16God is wonderful and glorious. I pray that his Spirit will make you become strong followers 17and that Christ will live in your hearts because of your faith. Stand firm and be deeply rooted in his love. 18I pray that you and all of God's people will understand what is called wide or long or high or deep. [b] 19I want you to know all about Christ's love, although it is too wonderful to be measured. Then your lives will be filled with all that God is. 20-21I pray that Christ Jesus and the church will forever bring praise to God. His power at work in us can do far more than we dare ask or imagine. Amen.” – Ephesians 3:16-21 (CEV)
Inspired: 10/09/2011 09:31:00 AM 6 comments: