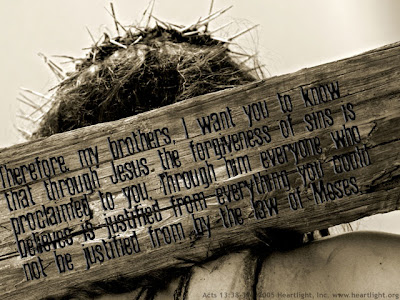 “Grace isn't a little prayer you chant before receiving a meal. It's a way to live.” - Jackie Windspear


I glanced at my watch…7:30[in the morning]...I finally sat down after doing some treatments and started feeling better knowing that I was almost done for the day. When the phone rang. One of the units wanted to send an inmate complaining of breathing as they were eating chow [breakfast at that time].

“Send him down here if he’s able to walk,” I requested.

A young male showed up, complaining of sore throat for a few days. It wasn’t an emergency. But to him, the pain he felt whenever he swallowed food was an emergency. He knew that it wasn’t time yet for a regular sick call in the unit. I started interviewing him as the deputy wasn’t around. I was done obtaining the info I needed to know in order for me to better treat him. As soon as the deputy arrived, I let him in and took his vital signs.

“It’s a good thing. You don’t have a fever!” “Now, open your mouth and say ‘ahhh’” as I shone my little flashlight I always carried in my lab coat’s pocket.

“Your throat is just mildly red and the tonsils are mildly swollen. That means, you’re fighting some viral thing. Just try to get some rest and if you’re not nauseous, drink lots of fluids so you can fight this off,” I advised.

I gave him 3 small envelopes, each containing lozenges, medications for cold and another for pain. He smiled at me and felt relieved to know that it was nothing serious.

“You’re wel…”I hardly finished my answer when he added, “God bless you.” I was surprised. For those words hardly come out of inmates’ mouths. I felt his sincere gratitude. I was glad that he remembered God in all of that. For that was my aim every time I go to work. To do things for God and His love be known through me. For I was once His enemy. And became His friend when I accepted Him into my heart. I deserved His wrath, yet, He loved me and gave me His mercy. He gave me spiritual blessings instead. My sins kept me apart from Him, Holy God, yet His grace saved me. Grace through faith…God’s unmerited favor. His fullness in my life. Grace He sent down from heaven to make a way again. For sinners’ broken relationships with Him to be mended by the blood shed on the cross.

It was His grace that made me become His servant here in the prison. Grace that overflowed and touched another, needing it. It was not only physical healing that he needed. It was the spiritual healing that he needed the most. Like the rest of the inmates who don’t know Jesus. And by His grace, as he tasted some of it, would linger. In that hurting heart of his. And I felt with certainty, that change would come. In His perfect time. At this special season of the year, please remember that it was not the nails that kept Jesus on that cross. It was God’s love. And Jesus’ willingness to surrender to His Father’s will. To save humanity.

“God bless you…” Simple words but when released from someone’s heart with a sincere gratitude and knowing that there was some divine intervention that occurred, meant a lot…Kindness is one of His gifts as we draw nearer Him. Kindness that we impart after we received it. Kindness, covered with love. And God is love. That is how His blessings work. From one life He touched, to another. From mine toward that inmate…He would never know…

He blessed me more than I blessed him…

“And you were dead in the trespasses and sins in which you once walked, following the course of this world, following the prince of the power of the air, the spirit that is now at work in the sons of disobedience— among whom we all once lived in the passions of our flesh, carrying out the desires of the body and the mind, and were by nature children of wrath, like the rest of mankind. But God, being rich in mercy, because of the great love with which he loved us, even when we were dead in our trespasses, made us alive together with Christ—by grace you have been saved— and raised us up with him and seated us with him in the heavenly places in Christ Jesus, so that in the coming ages he might show the immeasurable riches of his grace in kindness toward us in Christ Jesus. For by grace you have been saved through faith. And this is not your own doing; it is the gift of God, not a result of works, so that no one may boast. For we are his workmanship, created in Christ Jesus for good works, which God prepared beforehand, that we should walk in them. - Ephesians 2:1-10