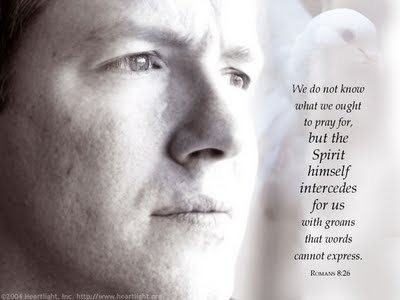 The unit deputy sent him to the Clinic, complaining of feeling like he just had a stroke. But he was able to walk in that long passageway. He came in, complaining of left arm pain, some headache on his right side of head.

As the other nurse allowed him to sit to be evaluated, he asked me to go along with him. I helped the other nurse by taking the patient’s vital signs so he could just concentrate on asking him questions regarding his medical and mental health. This was a big, muscular guy, his sculpted chest visible through the orange prison uniform.

All of a sudden, his eyes welled up with tears.

“Why are you crying?” asked the other nurse.

“I don’t know. That’s what I’m trying to tell you. I’m not an emotional kind of guy and my eyes just got watery just like that. I got scared. This was something new,” he replied.

But listening to him and watching his eyes turned red and weepy, I sensed something else. I didn’t say anything yet and out of respect, just let the other nurse did his thing.

All the vital signs were normal, except for a racy pulse. Despite the lack of chest pain, both of us decided to do an EKG to make sure that there was nothing going on with this inmate’s heart. 2 recorded readings came back normal.

He sat up, still with concerned look. This time, I interrogated him after the other nurse allowed me to.

“Sir, there is something you are not telling us. You have been denying any medical or mental problems so there is no reason why your eyes would weep just like that. I saw that worried look in your eyes. Is there anything at home or in your unit bothering you?” I softly queried.

“Ma’am, I told you. I have no problems from home. Everything is okay and in my unit. I’m a tough guy! I’m a Christian!” he firmly stated.

I usually don’t mention spiritual things in front of co-workers but this time, as the inmate initiated it, I felt the need as I prayed in my mind for the Lord’s guidance:

“If you are undergoing spiritual attacks, pray! There is nothing to be afraid of,” I calmly replied as the deputy and the other nurse just laughed it off.

“I didn’t say you’re possessed or something. But you were the one who initiated it by saying you’re a Christian. If you are a true follower of Christ, then, you must know that demons are all around us, trying to scare you, intimidate you, and stop anything good you want to do,” I continued. “Pray!” I repeated.

He grew silent but still didn’t want to say if there was anything bothering him. There was nothing else we could do. As he got up and left to go back to his unit, the worrisome look on that face came back all over again.

“I’ll call you guys again. If this happens. I’m scared,” he uttered.

“I don’t know about nurse Rcubes, I was just more on the physical symptoms. But every time she would talk to him and asked him questions, he calmed down. But when I started asking him, he became more agitated.”

“There is something he’s not telling us,” I added. “I just know it. I can’t forget that fearful, weepy eyes. He is a big guy and to see him get teary like that, there was just something eating his heart out.”

This inmate was incarcerated many, many times for burglary, rape, and use of controlled substances. Trapped in that habit of using illegal substances, it drove him to steal to provide for that need. His minds not in the right state, drove him to commit more crimes like rape and physical abuse to his spouse.

In the prison, other inmates don’t like those who commit child abuse or other abuses like spousal abuse. When they hear that someone comes in with those kinds of acts, they wait for an opportunity to hurt and even kill that inmate.

I can only wonder what is eating that man’s heart. But he is up against two possible enemies: humans and spiritual.

“Pray” like what I told him. Was all I could do at that moment.

How about you? What is eating your heart out? Turn to God and PRAY!