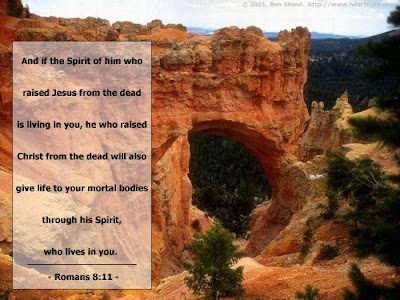 Three of us, female nurses, were the first to notice the loud commotion. Boom!!! The heavy, metal front door slammed against the wall as it was pushed open by two deputies escorting a young, male inmate at the wee hours of the morning.

“Take this handcuff, off! _____!” as he yelled, with profanities exploding from those young pair of lips. His face and eyes, red with anger…He claimed he needed to see the nurse because he had some rash on his arms. But the deputies alerted that he had been disrespectful ever since they started walking from their units and didn’t want to be handcuffed.

“On my arms! I told them already!” with an enraged answer every time.

“I don’t see anything!” replied the charge nurse.

“Well, why don’t you have them remove this handcuff and I’ll show you where the rash is!” he yelled back.

“Oh, no…no…no…They don’t need to…I can see there is no rash and if you think that something appears again, you can put a sick call…But at this time, I can’t do anything because I don’t see anything,” answered the charge nurse….

It doesn’t take a smart person to know that this inmate wanted to hurt someone. Most of all, anyone from staff. He was not under any influence that we knew of. There was no inmate we had seen that was like him in a long time. That man was just being a “smart aleck” wanting to prove something to custody staff.

Mary Magdalene was one of the female followers who was at Jesus’ crucifixion and was on her way that early Sunday morning to anoint Jesus’ dead body. But she discovered an empty tomb. Distraught, she thought someone had taken him away. That morning, she intended to honor and respect him. Mary was healed by Jesus by freeing her from 7 demons. As a response to the freedom she received, she became a faithful follower of Jesus. With her childlike faith, Jesus honored her by showing His resurrected body to her first and giving her the first message of His resurrection.

“Don’t cling to me,” Jesus said, “for I haven’t yet ascended to the Father. But go find my brothers and tell them that I am ascending to my Father and your Father, my God and your God.” - John 20:17

At first, Mary’s grief over Jesus’ death blinded her and she didn’t immediately recognize Jesus. But when Jesus spoke her name, she did. Jesus is near all of us. He is calling your name. Can you, like Mary, regard Jesus as your Lord? Mary saw the empty tomb first before meeting the resurrected Christ. And when she did see him, she was filled with joy and told the disciples. We cannot meet Christ until we believe that He indeed is risen! As you seek for Jesus, empty your life and He is faithful to meet you there. Like what He promised, He will never leave you and will come to you. By the power of the Holy Spirit, the Counselor, He will take that empty place in your heart. Only if you allow Him to.

Who is like the Lord Jesus who can rise from the dead? Jesus’ resurrection became the key to everything in Christianity. That empty tomb meant Christ is alive! He is indeed alive and He is in every believer today. And someday, He will return…

Jesus told a doubting Thomas, “You believe because you have seen me. Blessed are those who haven’t seen me and believe anyway.” -John 20:29

A physical appearance would not make Jesus any more real to us than now. We have the Bible and testimonies of so many believers as proof. There is no one like Jesus…No one like the Lord can ever do what He did.

Please visit Spiritual Sundays for many, many encouraging posts. God bless you all and Happy Resurrection Sunday to you all! Glory to God!
Inspired: 4/03/2010 07:14:00 AM 30 comments: