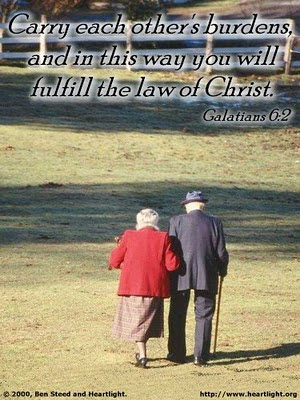 "If you think you are too important to help someone in need, you are only fooling yourself. You are really a nobody." - Galatians 6:3

“Over here, nurse!” exclaimed a still sleepy inmate from among the others who were roused by the sudden bright lights that were turned on from their unit’s control. His face looked sleepy yet so much concern was painted over his cellie [cellmate] who was down on the floor.

The deputy told us the rest. That inmate was holding the downed inmate with all his strength as he started having seizure, and made sure he won’t hit his head on the metal bunk bed nor on the floor. He got hit with the seizuring inmate’s flopping arm on his right eye.

As we treated the downed inmate first and after stabilizing his condition, the other nurse was summoned by the deputy to look at the injured inmate who tried to help the man with the seizure.

“What? There is nothing wrong with your eye! It would be okay!” uttered the other nurse loudly and very audible to others who were now all conscious of the incident. “Be a man!” she continued…

“What do you mean it’s okay? It got hit!” he said like a little child.

I glanced at his direction. Seeing it was only slightly red and not bleeding nor bluish, I hollered, “Sir, it looks okay right now. But if in case you would feel something that gets worse with the coming days, I want you to please put a nurse sick call so we can evaluate it again.”

Seeing his frustration with the other nurse, he turned his head toward me and with a soft voice replied, “Thank you, Ma’am for letting me know.” He nodded his head once as he acknowledged my advice.

“Good…But like what I said, if anything gets worse, let the bubble [unit deputy/control] know.”

The ambulance finally arrived and took the downed inmate to be brought to the county’s hospital.

“See ya later buddy!” yelled the inmate who helped him.

Jonah was given a task by the Lord to bring His message to the people of Nineveh, to turn away from their sins. Jonah knew that doing so, the people would turn from their sins and worship God, even if his preaching would be weak, because of the power of God’s message. But he hated the Assyrians [people of Nineveh]. He wanted vengeance, not mercy given to them. So he ran…He thought he could...

He went on board a ship leaving for Tarshish. But as the boat was sailing along, the Lord flung a powerful wind over the sea, causing a violent storm that threatened to sink the boat [Jonah1:4].

“Throw me into the sea,” Jonah said, “and it will become calm again. For I know that this terrible storm is all my fault.”

“Instead, the sailors tried even harder to row the boat ashore. But the stormy sea was too violent for them, and they couldn’t make it.”- Jonah 1:12,13

That inmate who helped another and those sailors who tried to save Jonah’s life showed more compassion than that nurse and Jonah. The nurse didn’t want to do any extra work. Jonah didn’t want to do God’s task of trying to save the people of Nineveh from His judgment.

Believers must be ashamed when unbelievers show more care and concern and compassion toward others. For God wants us to be concerned for all of the people, both lost and saved.
Inspired: 2/19/2010 08:43:00 AM 17 comments: