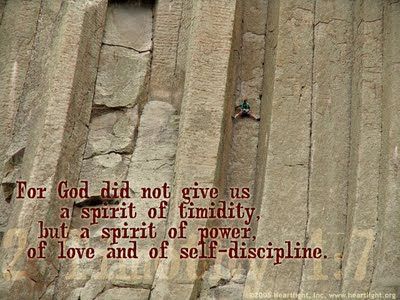 I just barely started my shift when a call broke on the radio from one of the units, needing a nurse to go there and assess 2 inmates involved in a big fight.

I was requested to do a sick call, so it was the other nurse who responded. She ended up sending both of them to the county’s ER to be treated. One was punched really hard on his face and had massive swelling and a fractured nose. The other [the hitter] sustained a minor laceration on his right hand, yet still needed some suturing.

When they came back from the hospital, we needed to still take their vital signs and would review the ER doctor’s orders so we could give them the medications he ordered. I saw the one who punched the other inmate.

With the deputy’s permission, they sat only 3 chairs apart, both with handcuffs and chains on their ankles to limit their movement. 2 deputies stood nearby as the other nurse and I examined them. The one with the broken nose was not looking and looked afraid. The one I was seeing had a slightly sheepish smile as if saying, “I got him sooo good!” as he took a quick glance at the previous opponent.

The other inmate with a swollen face and fractured nose attempted to hurt him when they were in that cell. He had an intention to kill the “puncher”. But quick to react, this inmate kept the attacker’s head with his legs in a locked position, held the head with his left hand and with the right hand, just kept punching numerous, hard blows.

“What’s up with your nose?” I asked probingly. “Why do you have a severely deviated septum?” “Were you in an accident or previous fight?”

I also took a glance in one corner of my eye at the other inmate who was the predator. No wonder, he got him so well. That other inmate didn’t even know he was a boxer. All for intimidation and power struggle, he wanted to prey on him. But he chose the wrong “would-never-be” a victim. The attacker was the one who ended up getting hurt severely. He would surely be in pain for many days, possibly weeks.

Worst of all, though hurt, he would be staying longer inside the prison because his assault would be added to his previous sentence, since this inmate I was talking to was about to press charges against his assault and intention to commit murder.


Followers of Christ are being prowled upon by both humans and spiritual enemies. But the God Who doesn't change is our strength in winning these battles. Like that inmate who trained to be a boxer, it would be hard for us to win if we never have a complete knowledge of using God’s weapons. James 4:7 truly is the biggest help in this fight we are engaged in.

James 4:7 - “Therefore, submit to God. Resist the devil and he will flee from you.”

Note that our first step is to have a complete, willful surrender to the Lord before we can even begin to fight back against the enemy. If we want God’s maximum protection, we must completely give Him our all in order to get His all…

After that, we “resist the devil”. We don’t just sit around and don’t do anything during the enemy’s attacks. To resist means we are to fight. We don’t let him beat us down.

With complete surrender and obedience, we surely have His guarantee that He is there, fighting for us. Whether we like it or not, we become soldiers of Christ, once we give our hearts to Him. This battle is real and drawing near to the Lord will have us always prepared and ready to fight back.

Luke 10:19 - “And I have given you authority over all the power of the enemy, and you can walk among snakes and scorpions and crush them. Nothing will injure you.”

Matthew 10:1 - “Jesus called his twelve disciples to him and gave them authority to cast out evil spirits and to heal every kind of disease and illness.”

Isaiah 54:17 - “But in that coming day, no weapon turned against you will succeed. And everyone who tells lies in court will be brought to justice. These benefits are enjoyed by the servants of the Lord; their vindication will come from me, I, the Lord, have spoken!”

Psalm 44:5 - “Only by your power can we push back our enemies; only in your name can we trample our foes.”

Daniel 11:32 - “…but the people who know their God shall be strong and carry out great exploits.”

Either the Lord will battle for us or He sends His angels to help us:

Psalm 34:7 - “The angel of the Lord encamps all around those who fear Him, and delivers them.”

Friends, let us pray for each other for us to be closer with the Lord and more knowledgeable of His Word, the sWORD, that we can use to battle against the enemies. We have that powerful punches from Him against diseases, illnesses or spiritual attacks. Know them and use them…

"Finally, be strong in the Lord and in his mighty power. 11Put on the full armor of God so that you can take your stand against the devil's schemes. 12For our struggle is not against flesh and blood, but against the rulers, against the authorities, against the powers of this dark world and against the spiritual forces of evil in the heavenly realms. 13Therefore put on the full armor of God, so that when the day of evil comes, you may be able to stand your ground, and after you have done everything, to stand. 14Stand firm then, with the belt of truth buckled around your waist, with the breastplate of righteousness in place, 15and with your feet fitted with the readiness that comes from the gospel of peace. 16In addition to all this, take up the shield of faith, with which you can extinguish all the flaming arrows of the evil one. 17Take the helmet of salvation and the sword of the Spirit, which is the word of God. 18And pray in the Spirit on all occasions with all kinds of prayers and requests. With this in mind, be alert and always keep on praying for all the saints." - Ephesians 6:10-18 [NIV]

But when you win, stay humble. Don’t feel good nor smile sheepishly…Like the judge who will hear that attacker’s case and who will give him the appropriate penalty, let the One and only Judge take care of this battle up to the end:

Proverbs 24:17 - “Do not rejoice when your enemies fall into trouble. Don’t be happy when they stumble.”