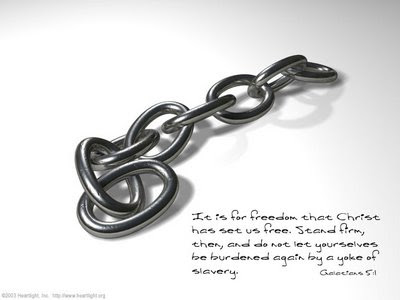 "Ting...ting..." The loud buzzer rang on the female side. A line of women clothed in orange-colored uniforms were waiting to be let in. I looked at the clock..."06:30 a.m" Ahhh. Accucheck time...Time to check the diabetic inmates' blood sugars before they get served their morning meal.

"Good morning," I softly greeted them all while some of them started stretching their arms up on the air. A few, contagious yawns were shown on their "just-risen" beauties, some with disheveled hair-do's.

As I called their names one by one and recorded the sugar level, gave insulin if they were on it, most of them were well-behaved, not whining which was sometimes, the norm for them.

"Good morning nurse!," an elated woman sitting on a wheelchair greeted me. With toothless smile, she said, "I'm being good! Because I'll be out of here in a few days."

"Good!," I replied and smiled back. But deep in my mind, I've seen her in and out of the jail. I could only hope and pray silently in my head. I was hoping that it would be the last time that she would truly be incarcerated. These are hungry souls craving for attention, for friendship, for love.

But I know a lot of them don't have the necessary resources outside sometimes that they are left with no choice but to commit a crime and be brought back to serve their penalty. Drugs, alcohol use and other bondage have a great hold on their lives, trapped and feeling like there was no way to get out.

Wow! Everyone's sugar level was great this morning. I told them "Have a nice day!" Though they're not going anywhere, the kindness that the Lord had given me I tried to give back in return to those hurting souls.

The women piled up in a neat row, as if they belong to a military unit, ready to be sent out to join in a war. Tomorrow, I'll be seeing the same faces again to check their blood sugar or if they feel sick and wants to get seen by the medical staff.

Freedom....that's what they crave for...They try to be good...but to no avail...The big metal door shut loudly behind them... Quiet steps could be heard along the corridor leading back to their units and be housed in their own cells.


Lord, freedom! You gave us freedom because we keep saying "we're trying to be good [religion]" and yet, we are still being held captives in so many ways. Lord, I pray that You will be the only One Who will have a hold on our lives and nothing or no one else will. Thank You for Your gift of eternal life. Thank You for what You have done on the cross! I pray for many lost souls who are still "trying to be good" but don't know the only way [personal relationship with You] to claim that freedom. In Jesus' Mighty Name, I pray....Amen.


John 8:32 -Jesus said to the people who believed in Him,... "And you will know the truth and the truth will set you free."

Psalm 102:20 -"to hear the groans of the prisoners, to release those condemned to die."

Galatians 5:1 -"So Christ has really set us free. Now make sure that you stay free, and don't get tied up again in slavery to the law."